Real Madrid are not considering selling the defender without the option to be able to buy him back and that complicates things with Manchester United. 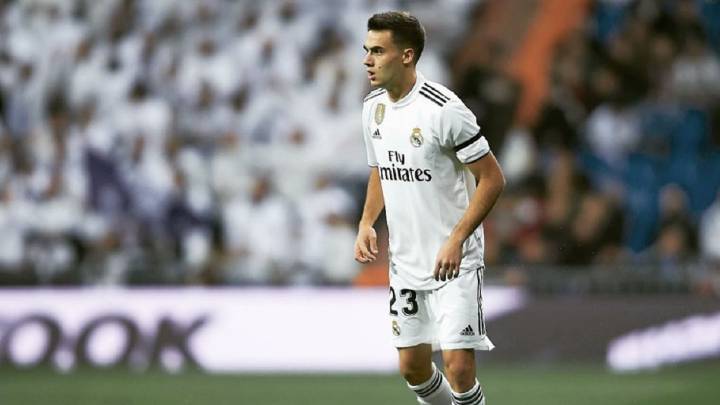 Resolving the issue of Sergio Reguilón’s future is starting to take shape. Tottenham now look like favourites to take the player on loan, sources close to negotiations have told AS. In London, talks with the 23-year-old full-back’s agent are now at an advanced stage while Manchester United and Inter Milan, two of several other clubs who are shown an interest, could have fallen behind in the race to sign the Real Madrid player. Reguilón, the defender to have completed the most actions in rival penalty areas in LaLiga last season (105) is highly thought of at the Bernabéu but for some reason hasn’t convinced Zidane.

United looked to be in the strongest position to tempt Reguilón to the Premier League – unable to realise his dream of returning to the Bernabéu, he was open to joining Solskjaer’s team. Conversations progressed but hit a stumbling block – Madrid, who are asking 30 million euros for the left-back, want to include a buy-back option and that, as far as United are concerned, is not possible. United’s technical department and Solskjaer want a long-term solution to the left-back slot and see little or no logic in signing a player who might suddenly up and leave.

However, Regui has two other important offers on the table. Tottenham, who would be willing to accept a buy-back clause in any deal, and Inter Milan, who have an excellent relationship with Madrid – as was demonstrated in the deal that took Achraf Hakimi to Italy for 40 million euros, (plus 5 in add-ons). Playing in the Premier League however is a highly attractive proposition and the way in which Spurs have handled negotiations has tipped the situation in their favour.

Dortmund set to host Gladbach in front of 10,000 fans in Bundesliga opener