Davido And Offset Reveals More Details Over Their Twitter Beef

Award- winning musician, Davido and Cardi B’s husband, Offset, have reacted to fake tweets which appear to show a beef between both of them. 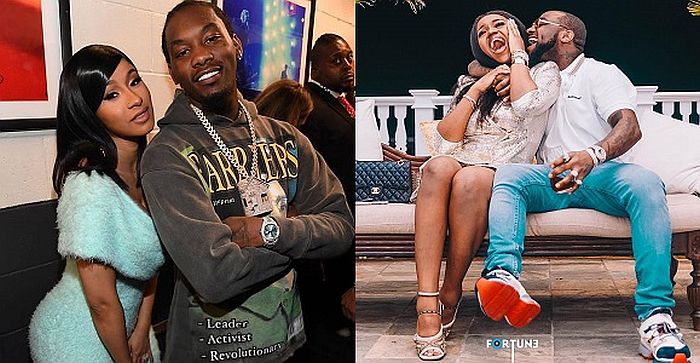 It would be recalled that American rapper, Cardi B was in Nigeria weeks ago where she performed at the Livespot X Festival before proceeding to Ghana.

During her stay in the country, she adopted a Nigerian name – Chioma – which is the name Davido’s fiancee bears.

In reaction to the new name, a tweet reportedly from Offset threw a shade at Davido who responded. 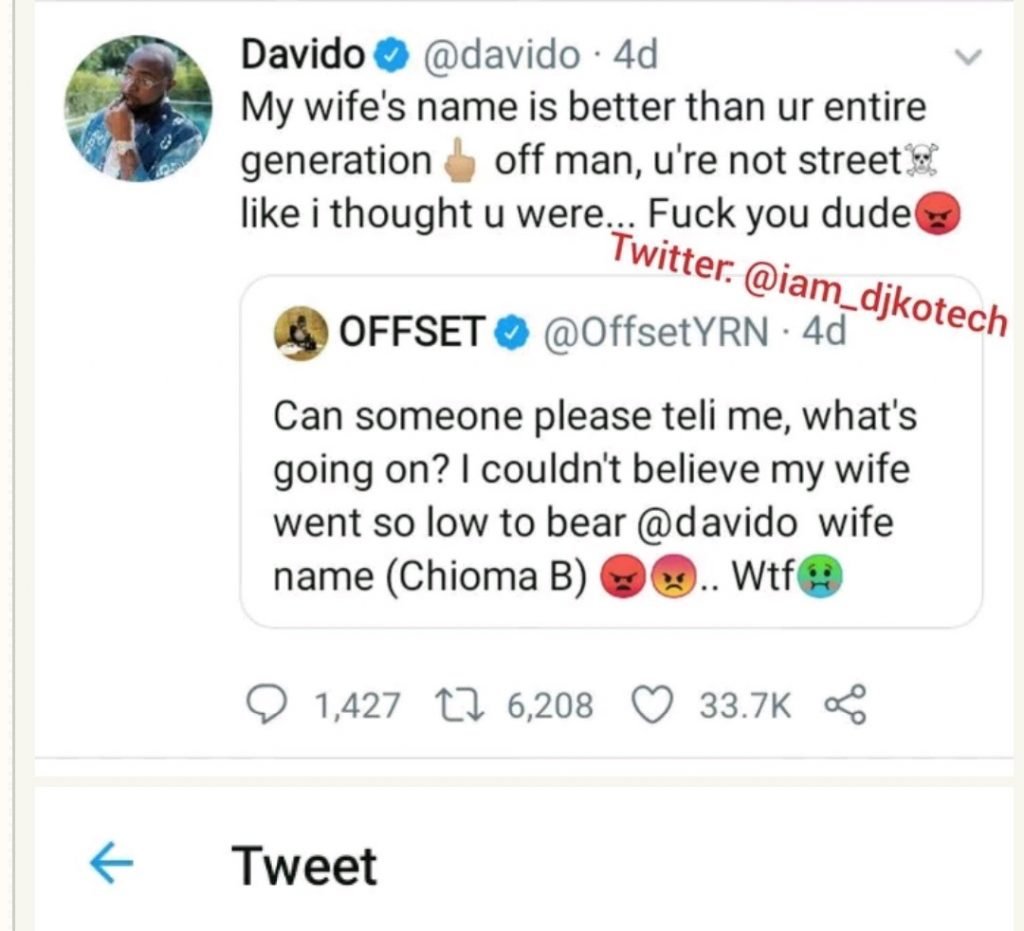 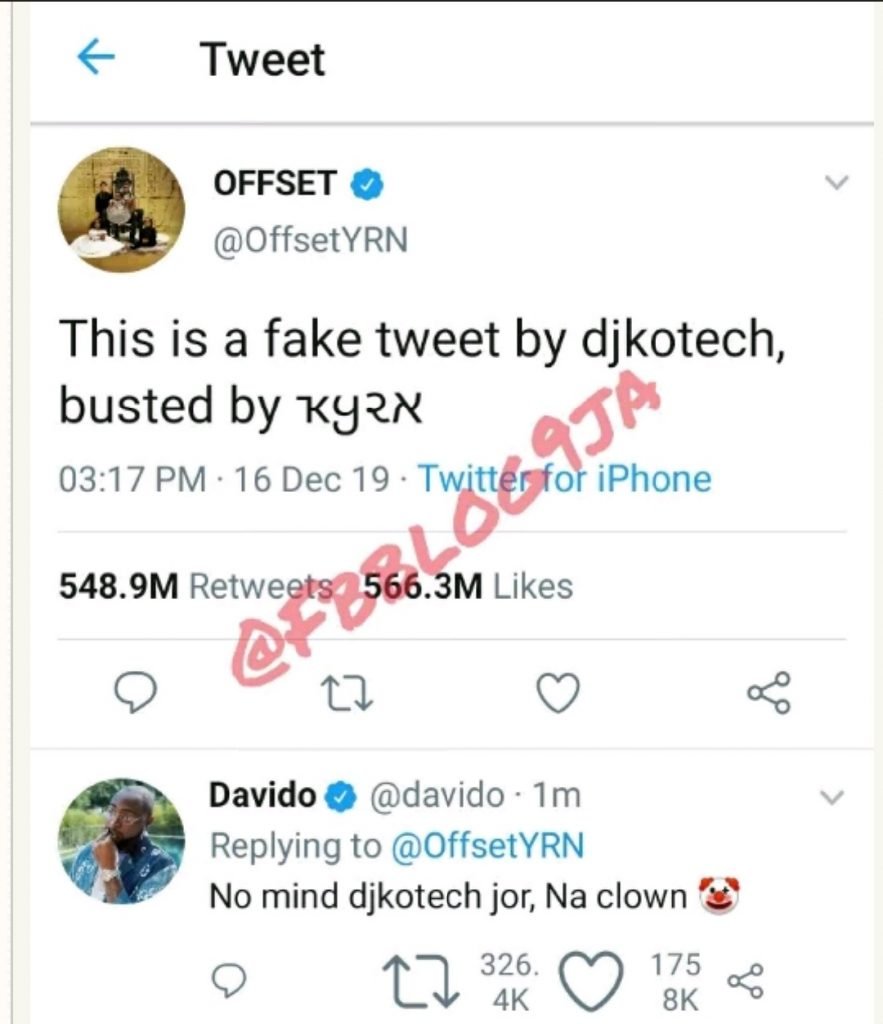 Kanye West Vibes To Davido's ''If'' In The Church