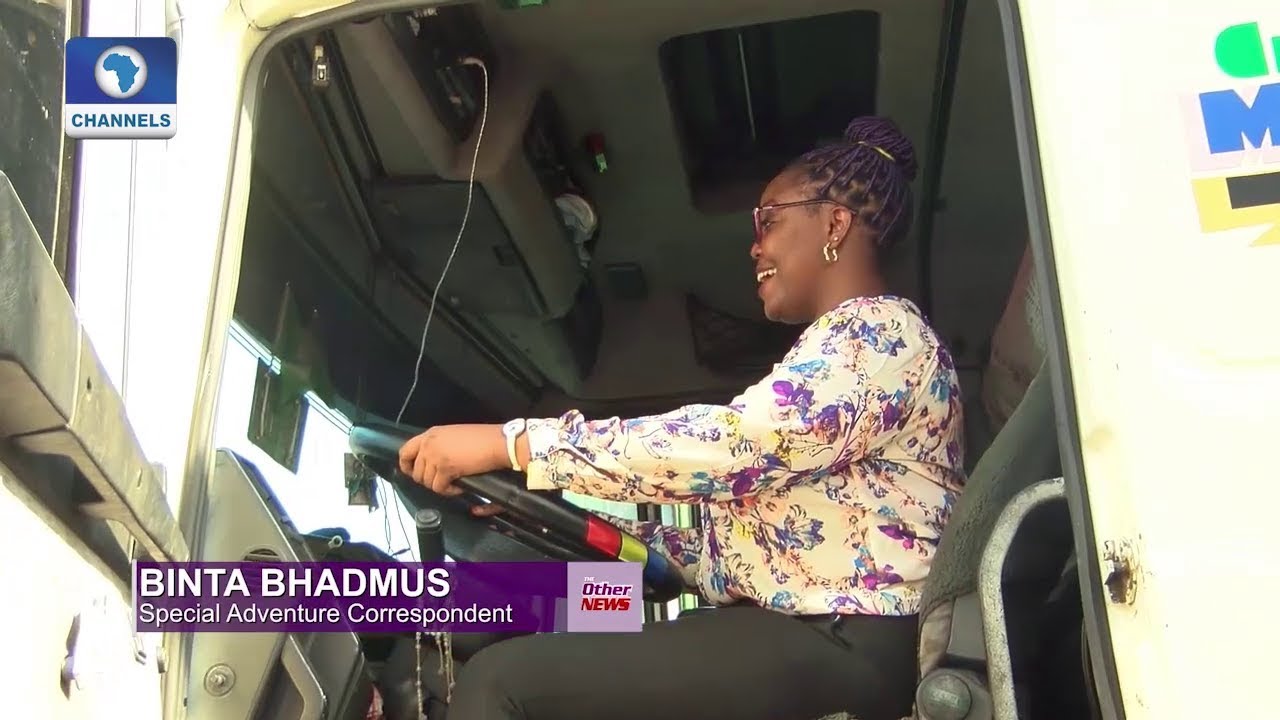 Binta was working for Smooth FM as their radio presenter before she joined Channels TV as one of the editorial team. 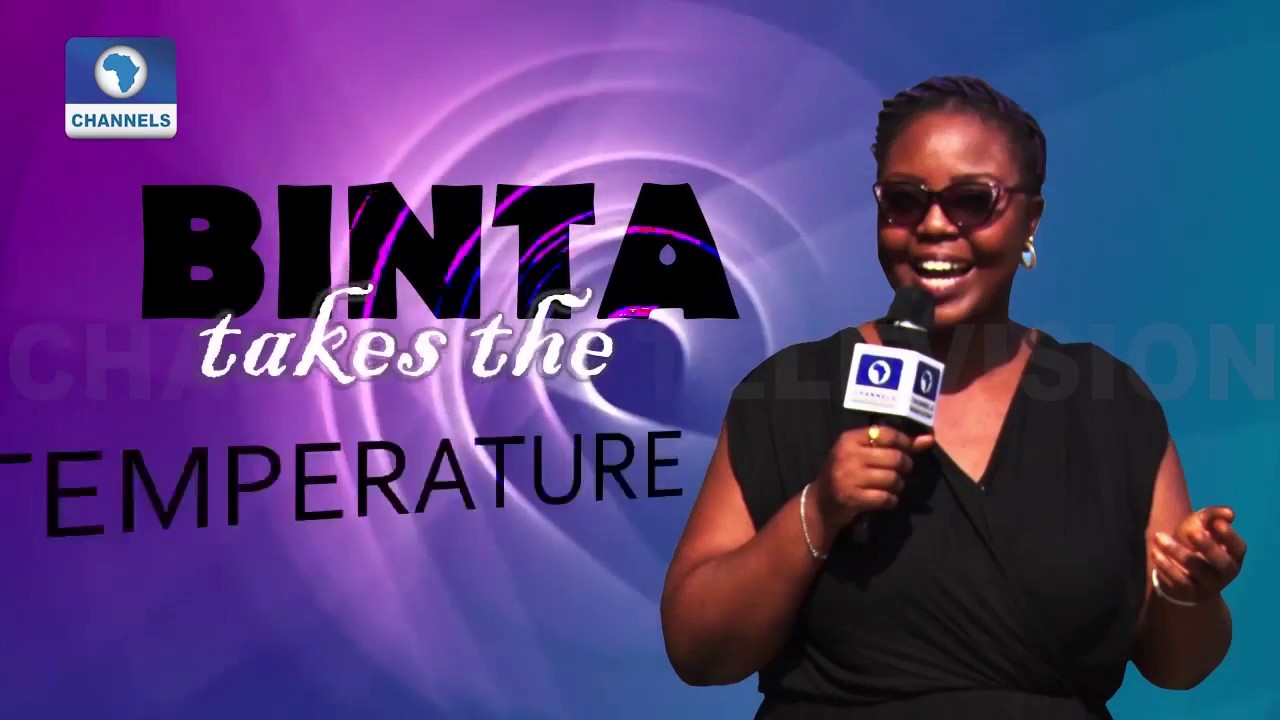 Sadly, she had a slight ailment that does not look life-threatening nut she had been under-going treatment, going to the hospital to receive medical attention before the he sudden demise.

Though, what led to her death is yet to be confirmed from reliable sources but social media users who are mourning her claims an “hospital mistreated and gave her the wrong injection that froze her to death!” 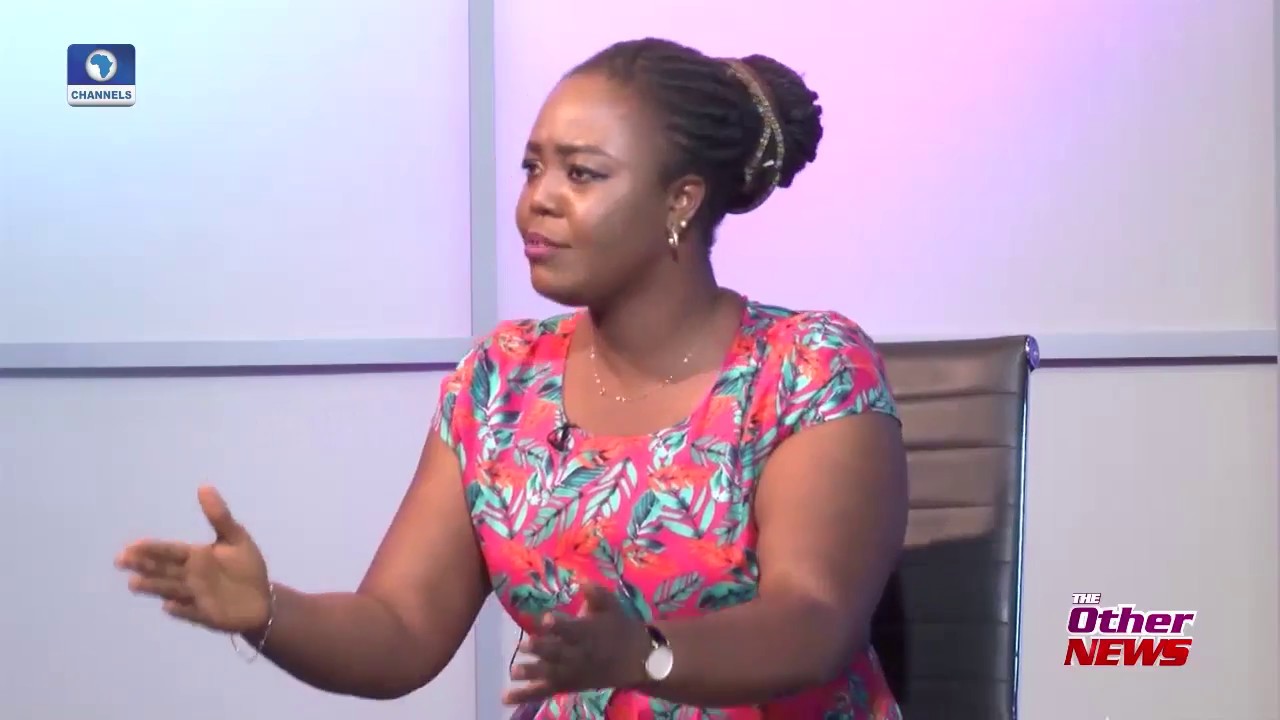 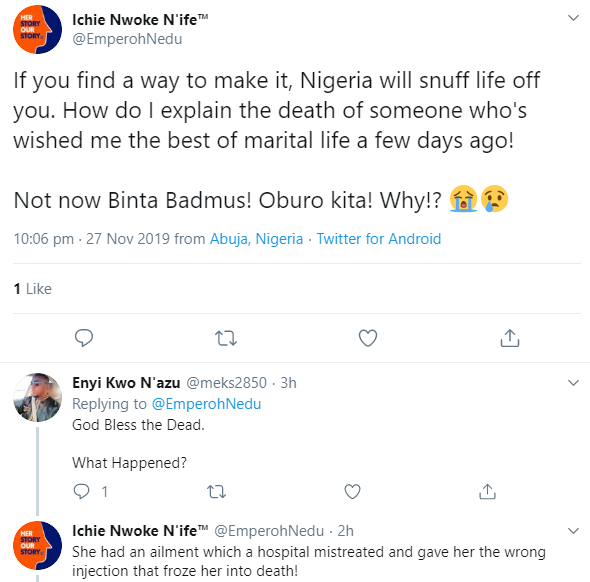 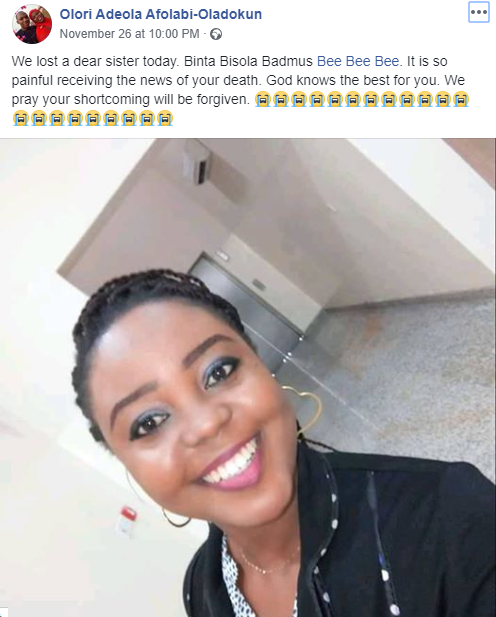 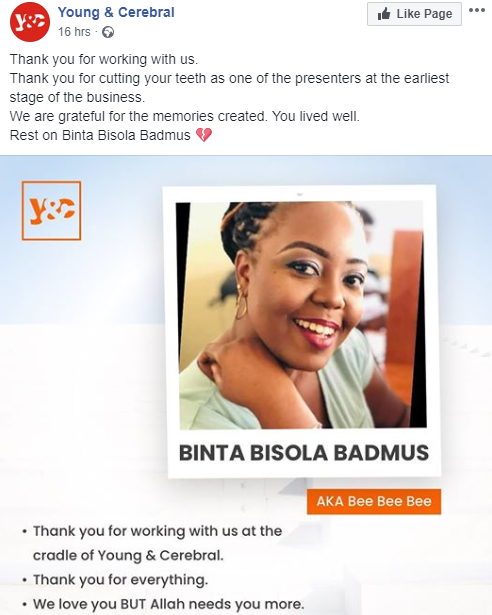