CNB News – Blessing Nkiruka Okoro, popularly known as Blessing CEO who false fully claimed she built a duplex weeks ago claiming someone else’s house as hers, took photos in front of it, been arrested.

Blessing is said to have celebrated her birthday bash across three Nigerian states – Lagos, Abuja, and Port Harcourt. She also unveiled a new 7-bedroom duplex which she claimed she built

But the owner of the house, Onye Eze, an Igbo business man based in China, got wind of her deception and exposed her online. Yet Blessing kept insisting the house was hers and she shared the plan of a house as proof. She also shared a video of the house to try to salvage her reputation. Then, this morning she shared a photo of herself dressed in her nightwear in front of the house.

Unfortunately for Blessing, she went too far this time with the scam as she was arrested and was forced to confess. 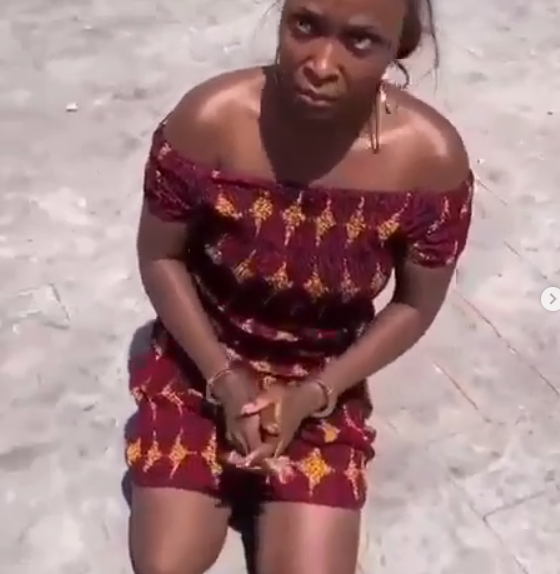 In a video showing her arrest, the BOM founder can be seen crying and begging for forgiveness as she was led out in handcuffs. She confessed that the house belongs to Onye Eze and not to her as she claimed.