A man ordered for uber in America and a top executive of one of the world’s biggest banks showed up in a fancy car.

CNB News – A Twitter user @xolisa shared a photo of himself with his uber driver who is a senior executive at Goldman Sachs, one of the world’s biggest banks.
Read what he posted bellow:

So, I called and uber and the guy drives a really Fancy car and I’m confused. Turns out, he’s a senior exec at Goldman Sachs and he’s German (moves to News Orlean 5years ago). So, why uber?  “It’s the best way to learn English. And I meet wonderful people while doing it.

According to Xolisa the driver who is German, took on the uber job in order to learn English and meet people. 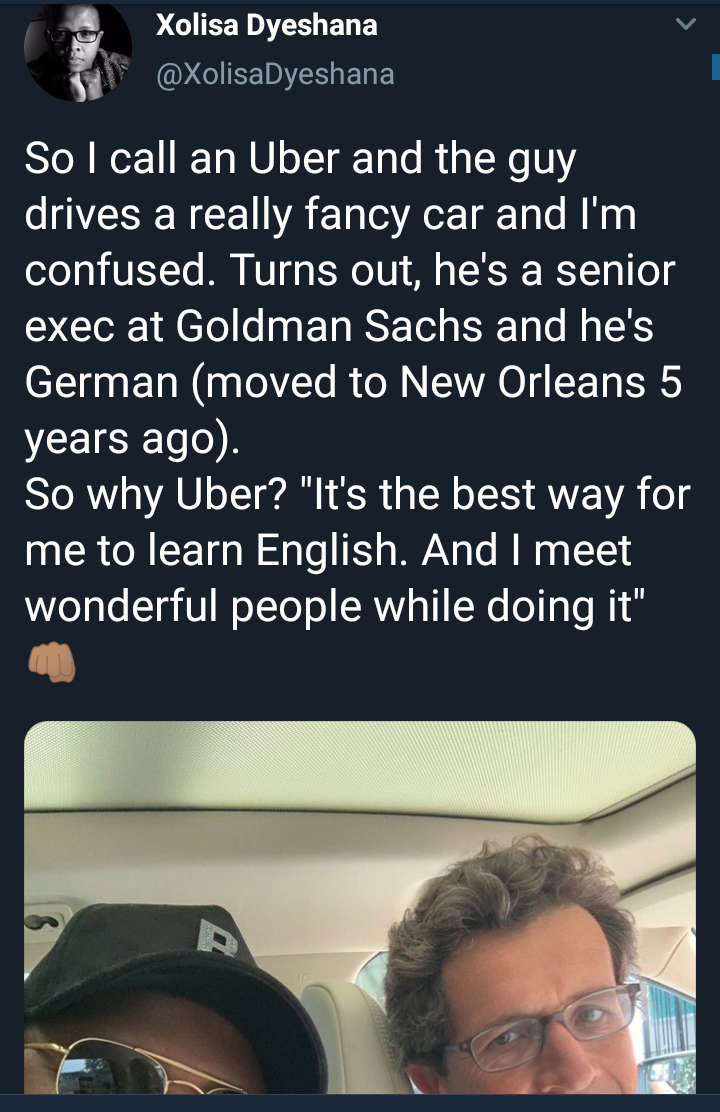 (Video): President Buhari responding to questions about the security situation in the country, he said: “I just saw the police IG, I think he is loosing weight, so I think he is working very hard"