I am more educated than Atiku, what a laughable and thoughtless response from Buhari through his group of comedians ( Legal teams) – Comr Akpa Francis 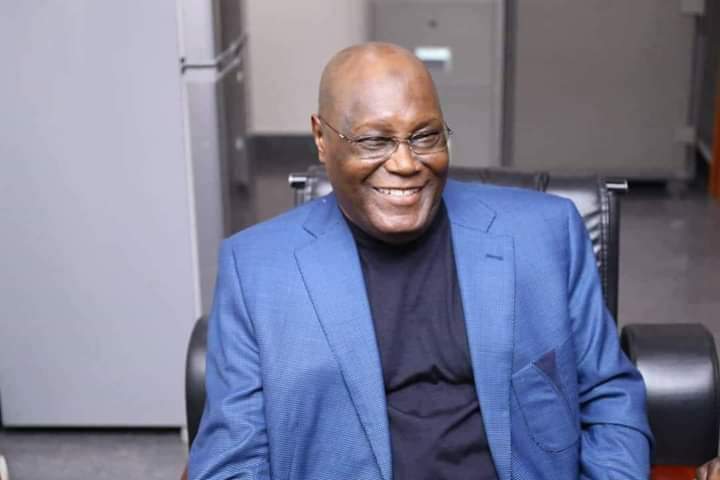 Recently, the APC presidential candidate in the just concluded inconclusive election, President  Muhammad Buhari through his group of comedians ( legal teams ) said that Buhari is more educated than Atiku and also challenged Waziri Adamawa to produce his academic credentials before the tribunal.

Same Buhari who tendered an affidavit to INEC in 2015 and 2019, alleging that the military is in possession of his academic credentials.

“All my academic qualifications (documents) as filled in my presidential form, President APC/001/2015, are currently with the Secretary Military Boards as at the time of this affidavit. The affidavit is made in good faith and for record purpose,” Buhari swore in an affidavit in 2015”.

Note’ as the Commander-in-Chief, Buhari has every power to direct the Military to provide his academic credentials if truly there is any. Till date Buhari has failed to present an authentic WAEC certificate apart from the kangaroo ones. That’s same Buhari who is more educated than Atiku, what a country.

“Also note that the military later denied been in possession of President Buhari academic credentials”.

HE Atiku Abubakar was born on November 25, 1946 to a Fulani trader and farmer Garba Abubakar, and his second wife, Aisha Kande, in Jada village of Adamawa State then Gongola state, North East Nigeria.

Waziri Adamawa became the only child of his parents when his only sister died at infancy.

HE Atiku Abubakar could not start school when he ought to because his father was opposed to him obtaining western education. When his not going to school was noticed, his father was arrested and jailed and mandated to pay a fine which he ( father ) did.

HE Atiku Abubakar later got registered into Jada Primary School at the age of eight. After his primary school, he was admitted into Adamawa Provincial Secondary School Yola in the year 1960. He later finished his Secondary school in 1965 after he made Grade three in West African School Certificate Examination.

He then proceeded to Nigerian Police College, Kaduna. He left the college for a work as Tax Officer in the Regional Ministry of Finance.

Later he got admission to study at the School of Hygiene Kano in 1966. In 1967, he graduated with a Diploma. That same year, HE Atiku Abubakar was admitted to study Law Diploma at the prestigious Ahmadu Bello University on a scholarship. He graduated in 1969 and got a merit employment in the Nigerian Custom Service that same year, in 1987 HE Atiku Abubakar was promoted to the post of a Deputy Director in charge of Enforcement and Drugs. In April 1989, aged 43, after serving his fatherland diligently he voluntarily retired from Customs. After his retirement he ventured into politics and business. As a focus and well articulated man he engaged in different businesses, including real estate, agriculture, trading, buying and selling etc and God’s willing he rose to be the most successful businessman and the highest individual employer of labour West Africa.

I challenge any Buharist to counter this publication with Buhari verifiable academic credentials and not affidavit.

‘Better Nigeria is coming!  The stolen mandate must be reclaimed!!

The 13th EDITION of Nigeria Media Niteout Award, Categories for this year award(2019) is here.

FBI arrests nine Nigerians for $3.5M wire fraud in US