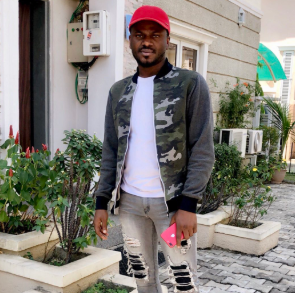 Michael Asiwaju founder of Asiwaju Royal Furniture in Ojo, Lagos popularly known as Mike Cash, has commited suicide following several rape allegations against him on social media.
Asiwaju was said to have taken a poisonous substance suspected to be Sniper and was met lifeless in his hotel room around 12am on January 13, 2019.  Shortly before he committed suicide, he had expressed his intention via his Twitter handle, Asiwaju_limited, to end his life
The Police Public Relations Officer in Lagos, CSP Chike Oti, confirmed the suicide saying two bottles of Sniper was recovered from the incident scene.

He said, “We are investigating a possible case of suicide. We were alerted that a young man died in his hotel room and the Commissioner of Police was informed.
He directed that the body should be evacuated and that a team of detectives comprising men from the forensic unit and men from the homicide section should investigate the matter.
“The body was inspected and there was no visible mark of violence on the corpse. Two bottles of Sniper, which we reasonably believed he must have drunk, was recovered from the hotel room.
One of the bottles had been emptied while the other one was still unopened. The man checked into the hotel with the name, Prince Moses. Preliminary investigation revealed that the man was the owner of a business known as Asiwaju Royal Furniture.”

According to reports, his corpse was found in the hotel room  at Festac around 12am last Sunday. 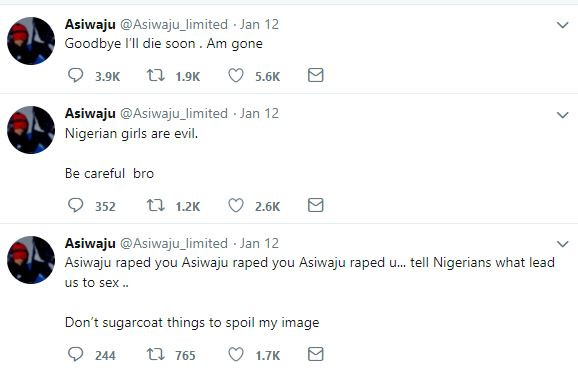 A source said, “he checked into the hotel with another name entirely. He wrote his name as Prince Moses. For now, no one knew why he used another name. It was later discovered that his face was the same as that of a young businessman prominent on Twitter. The suicide might not be unconnected with rape allegations against him in the social media.”
Share this...