(READ) A very sad story of a girl her boyfriend used for money rituals, allegedly bleeds to death

(READ) A very sad story of a girl her boyfriend used for money rituals, allegedly bleeds to death 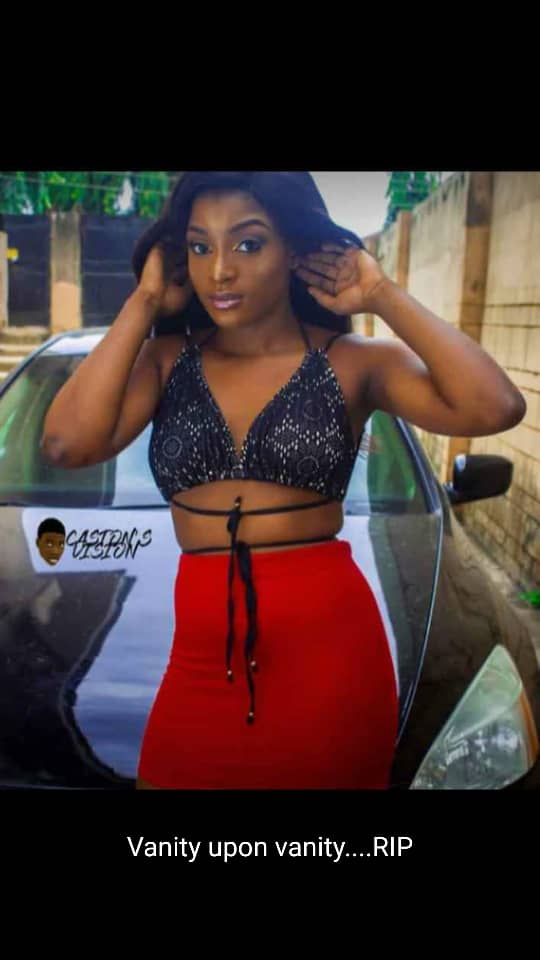 Wendy is said to have bled to death, yesterday, and her boyfriend is being accused of using her for ritual. .

According to a recent chat she had with a friend before her death, she said she dreamt that she was bleeding and was told, in the dream, that her boyfriend had used her for ritual.

In the chat, she revealed that when she woke up, she discovered that she was bleeding, prompting her to call her pastor, who confirmed that Best had indeed used her. 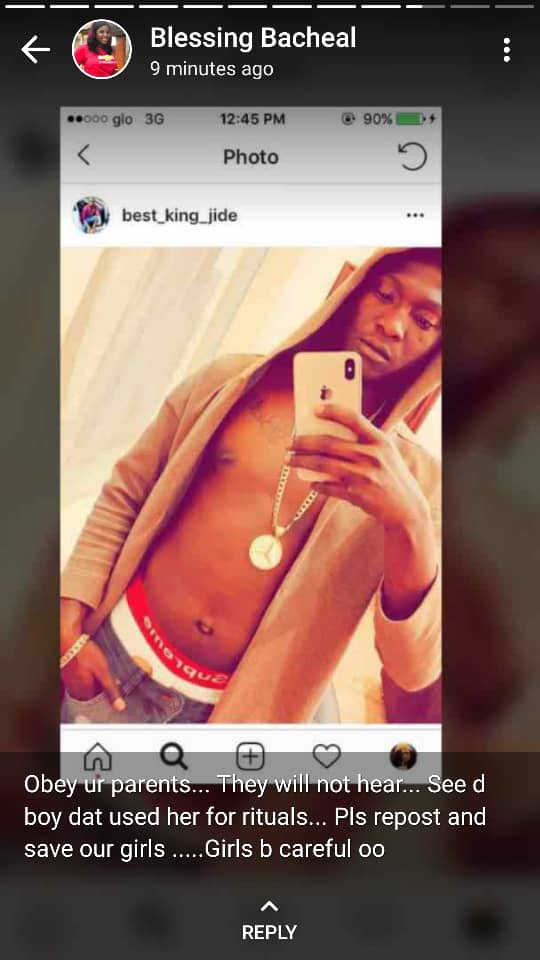 Wendy went on to reveal that the pastor told her to have a river bath within 3 days or risky losing her life. However, it seems she eventually lost the battle.

Meanwhile, when contacted, the boyfriend denied having a hand in her death. But while Jide has gone private on Instagram, Wendy’s friends have since started storming her social media pages to mourn her.
See photos of the status posts below: 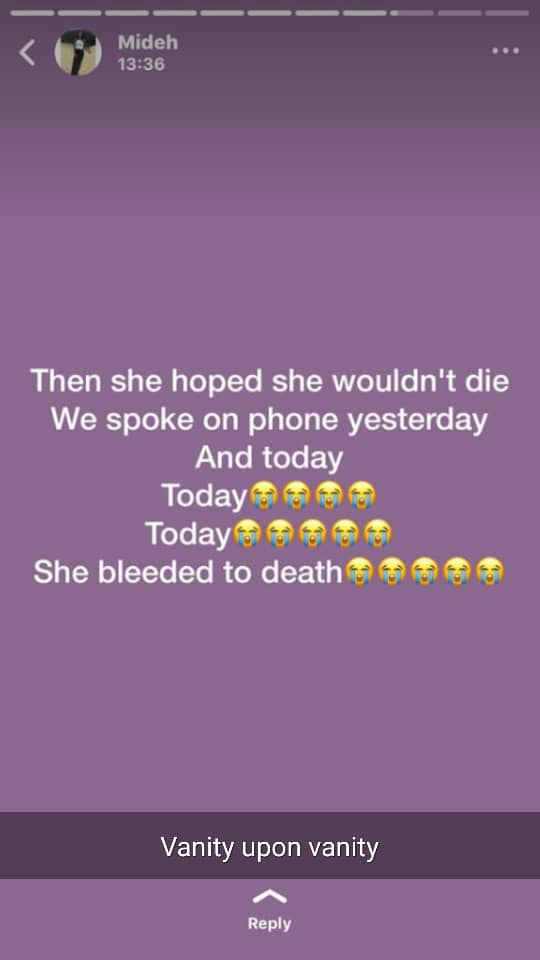 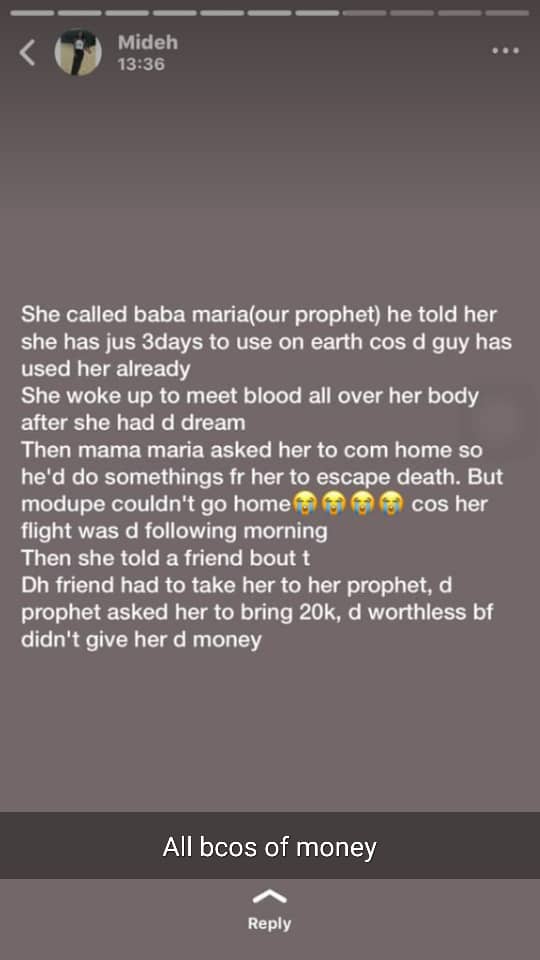 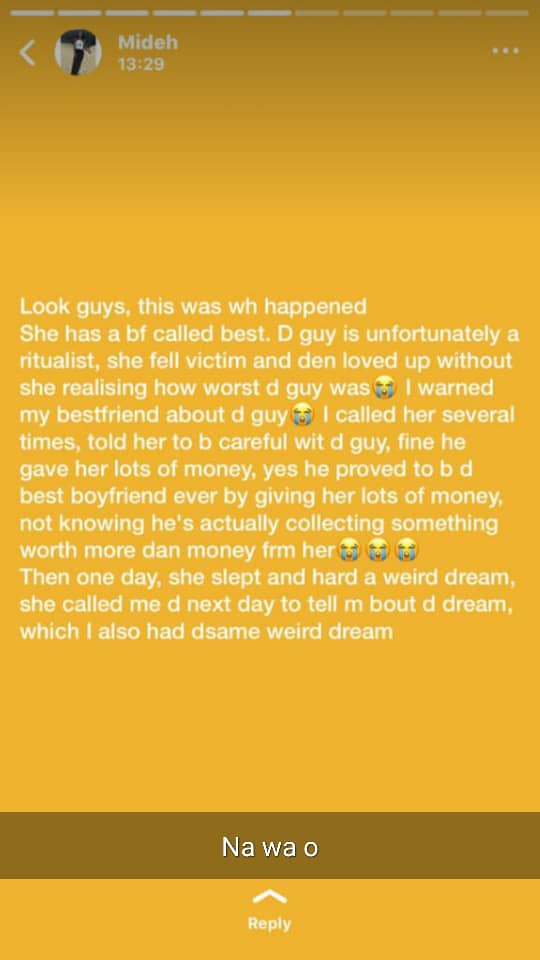 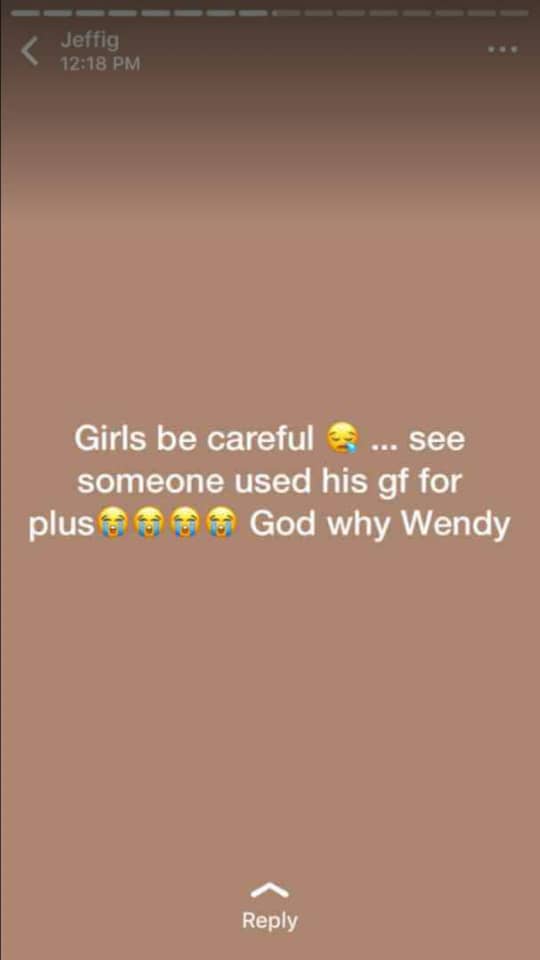 She is apparently alive, Her useless family are trying to extort me - Boyfriend of vixen who allegedly bled to death says.