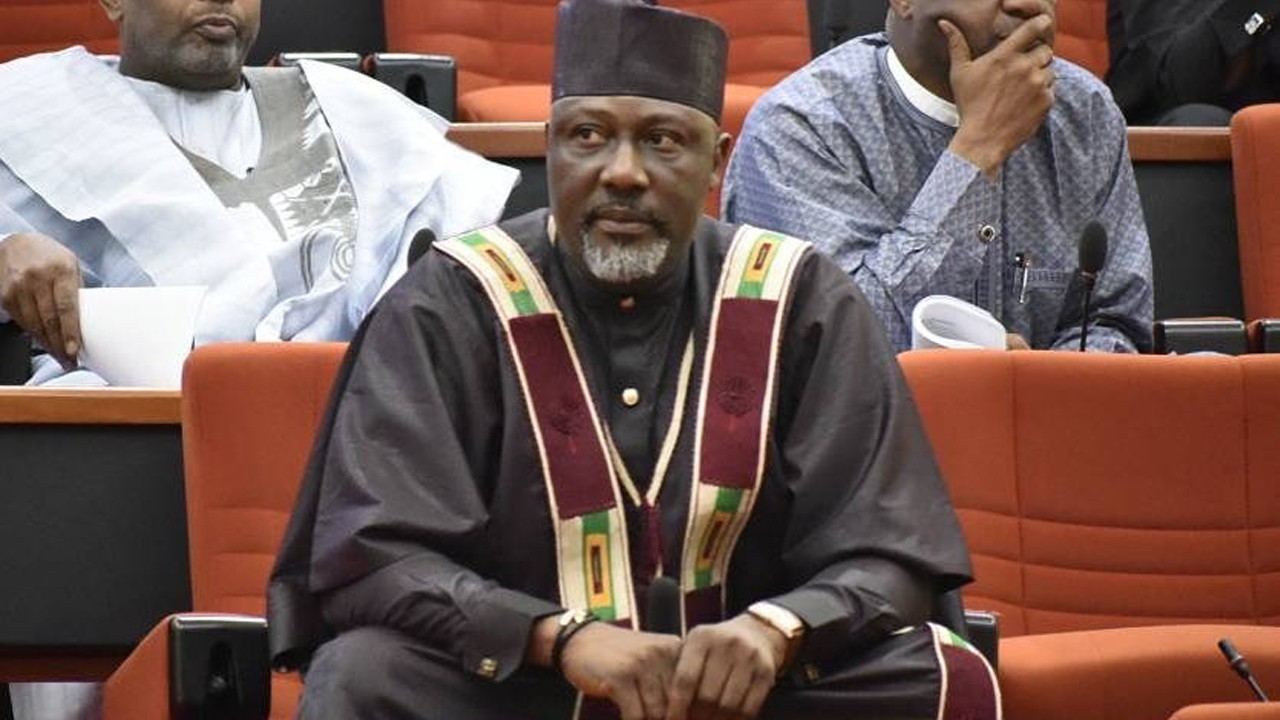 Embattled Senator Dino Melaye says he would make himself available to the police sometime next week.

Recall that last Friday December 27th, men of the Nigeria Police
Force stormed Dino’s home with the hope of arresting him. They laid
seige outside his home and have since been unable to effect his arrest
as Dino is nowhere to be found.

According to the police, Dino has refused to honor an invitation to
the Kogi state police command to answer questions regarding an attempted
murder of a police officer by himself and his thugs which happened in
July this year.

In an interview with Channels TV on Saturday December 29th, Melaye
says he is not in Abuja at the moment and would make himself available
once he returns

”I was informed that my house has been invaded. Over 40 policemen
inside the compound and over 50 outside the gate. My staff were
molested, beaten and handcuffed and taken away.

“Presently I’m outside Abuja. I’m a Senator of the Federal Republic
of Abuja, I cannot run away. I will make myself available as soon as I’m
back to town next week. I am not a criminal, I have not done anything
wrong,” he said.

Meanwhile the police have cut off Dino’s house from the National grid
with the view of rendering the home inhabitable for him. The police
insist Melaye is holed up in the apartment and have vowed to do anything
possible to ensure he surrenders.