Video: Suspected killer of Alex Badeh speaks, reveals why himself and his gang killed him

Video: Suspected killer of Alex Badeh speaks, reveals why himself and his gang killed him 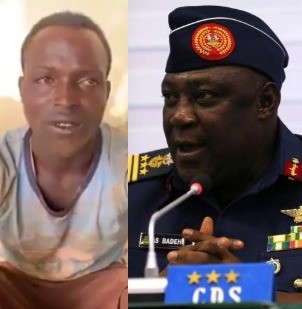 The Nigeria Police Force on Thursday, announced it has arrested five
suspects for their alleged involvement in the killing of a former Chief
of Defence Staff, Air Vice Marshall Alex Badeh.
Speaking at a press brifeing today, the Spokesman of the force, Ag.
DCP Jimoh Moshood, who refused to give the names of the suspects, said
two out of the five suspects arrested actively participated in the
killing while the remaining three suspects acted as accomplices.
Moshood said the postponement of the parade would help the investigators to arrest fleeing members of the gang.

Meanwhile one of the suspects, Shauibu, in a trending video,
disclosed how they killed the former military chief. Twitter user,
@DiplomaticSan interpreted the suspects account which was given in Hausa
language. 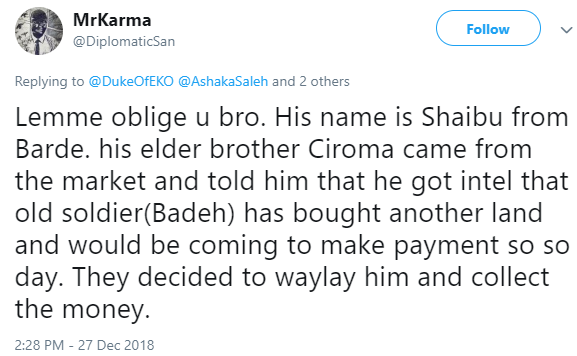 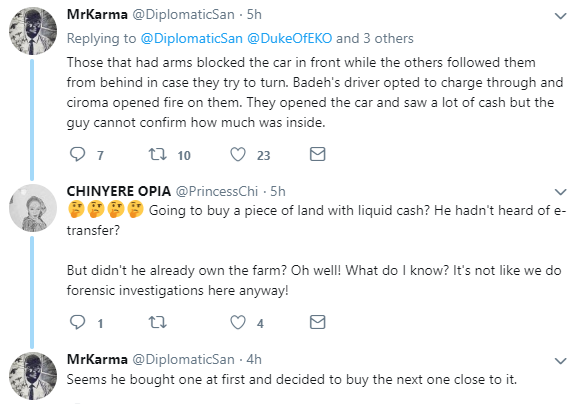 See Photos: Timaya buys himself a G-Wagon and a Maybach for Christmas