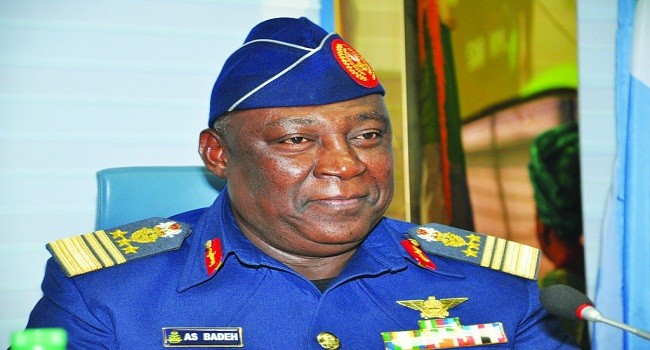 According to the Air Force Spokesman, Air Commodore Ibikunle
Daramola, the Adamawa state born Badeh died today Dec 18th from gunshot
wounds sustained when his vehicle was attacked by gunmen on Abuja-Lafia
Road. He was said to be returning from his farm when he was shot dead.

“It is with a heavy heart that I regretfully announce the unfortunate
demise of former Chief of Defence Staff, Air Chief Marshal Alex Badeh,
who died today, 18 Dec 18, from gunshot wounds sustained when his
vehicle was attacked while returning from his farm along Abuja-Keffi
Road.”

“On behalf officers, airmen and airwomen of the Nigerian Air Force,
the Chief of the Air Staff, Air Marshal Abubakar, commiserates with the
family of the late former Chief of Defence Staff over this irreparable
loss. We pray that the Almighty God grants his soul eternal rest.”

Until his death, the former Defence Chief was standing trial for
alleged N3.9 billion fraud he allegedly perpetuated while he was in
office.

May his soul rest in peace, Amen. 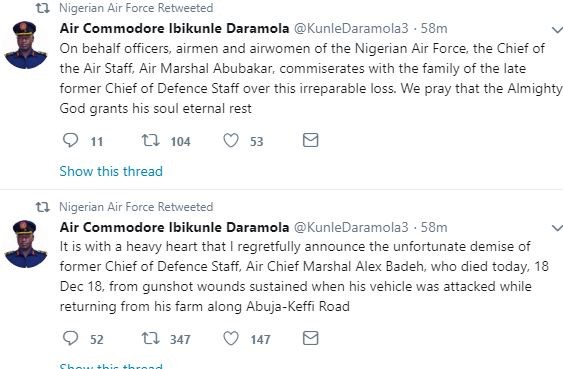