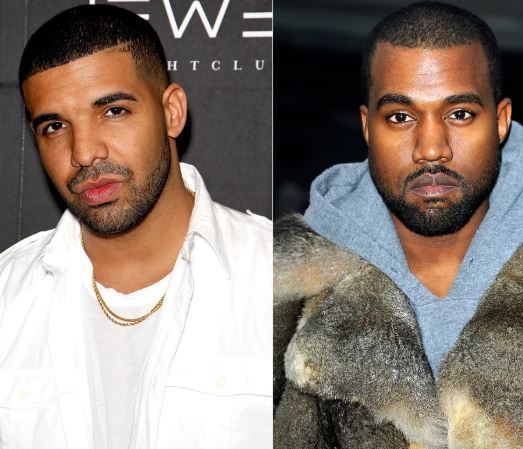 The feud between Kanye West and Drake is far from over as evident with these new tweets from Ye.
On Thursday, just hours after Kanye, 41, appeared to settle their beef, the Chicago rapper hopped back on Twitter with over 80 tweets, claiming Drake, 32 “called trying to threaten me.”
He went on to say “so drake if anything happens to me or anyone from my family you are the first suspect. So cut the tough talk”.
Kanye over a 9-hour period tweeted over 120 times and tried to back up his claims of Drake being a threat by bringing up a violent incident involving fans and fellow rapper, Pusha T.
See all the screenshots below… (Read from Buttom to Top) 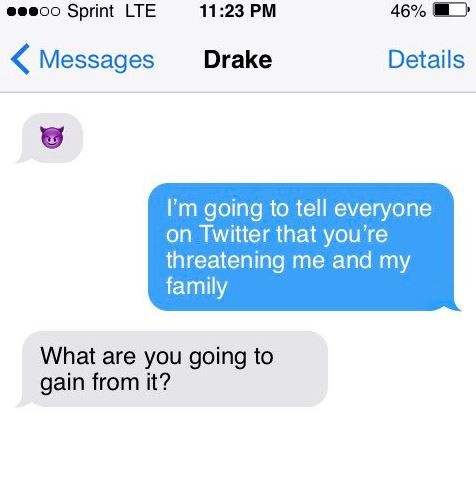 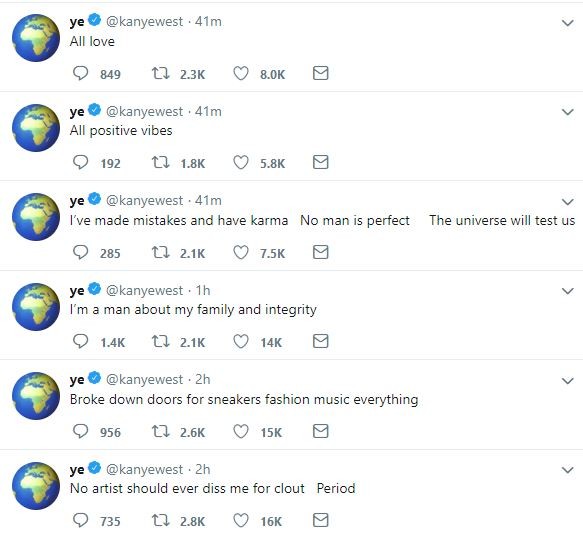 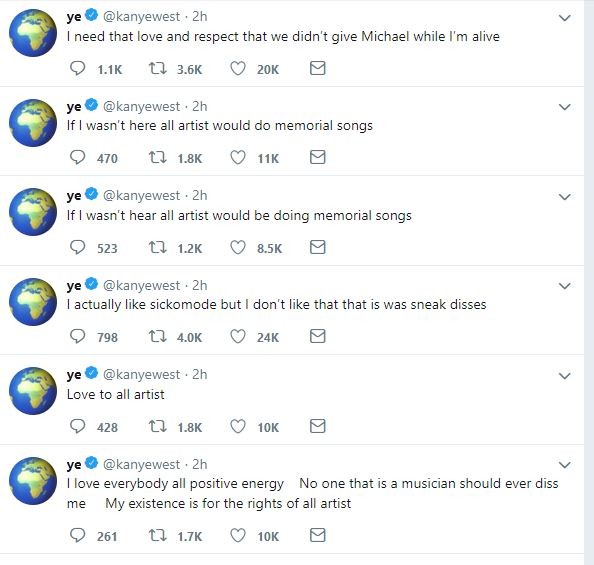 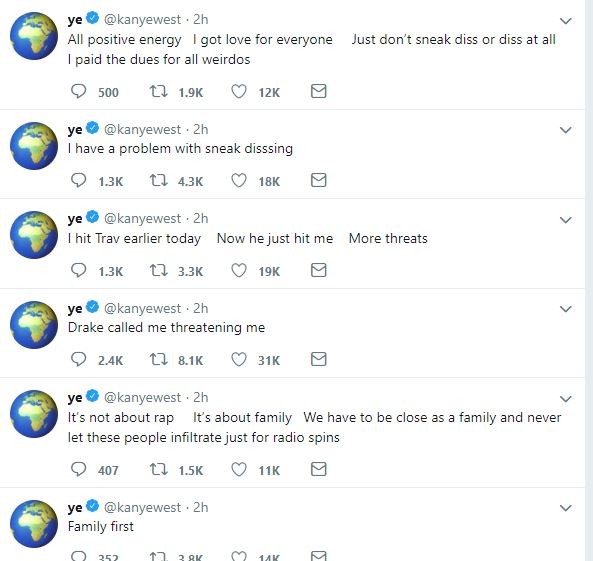 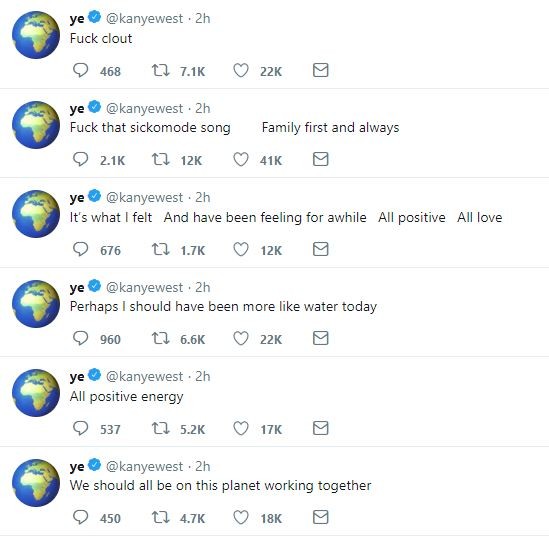 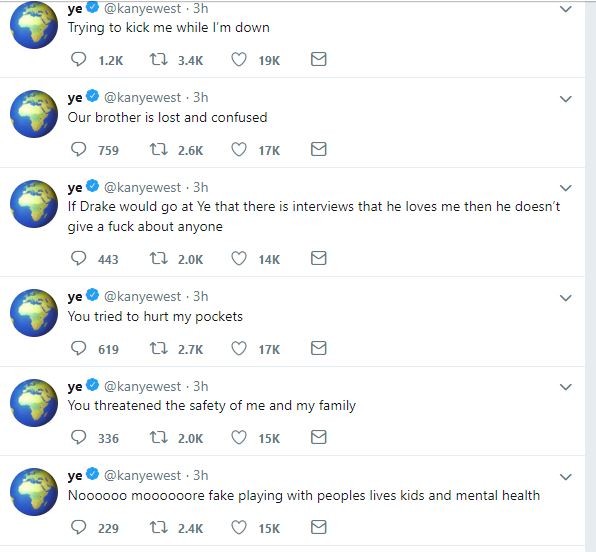 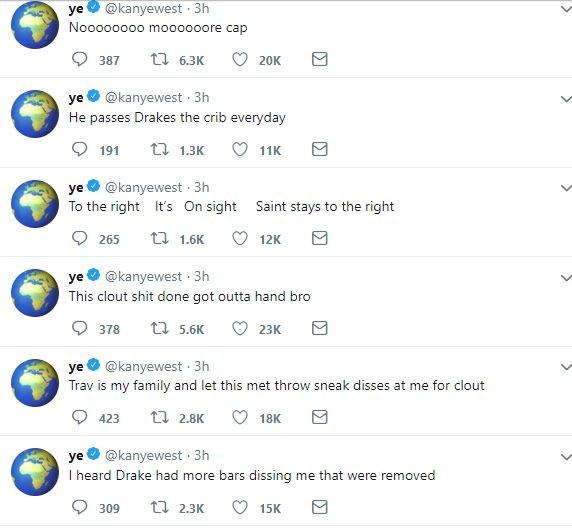 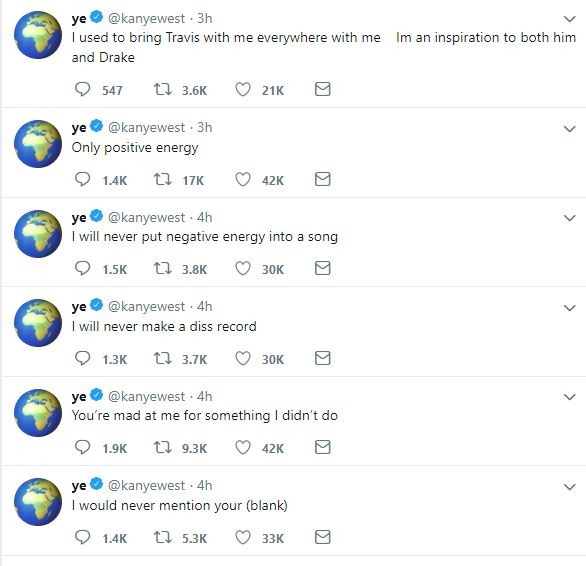 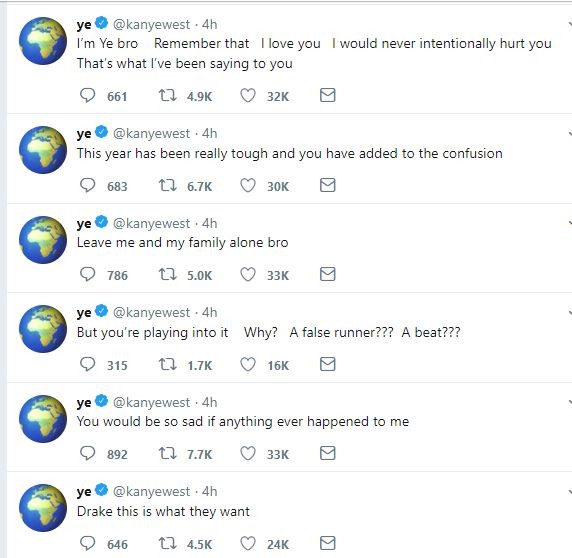 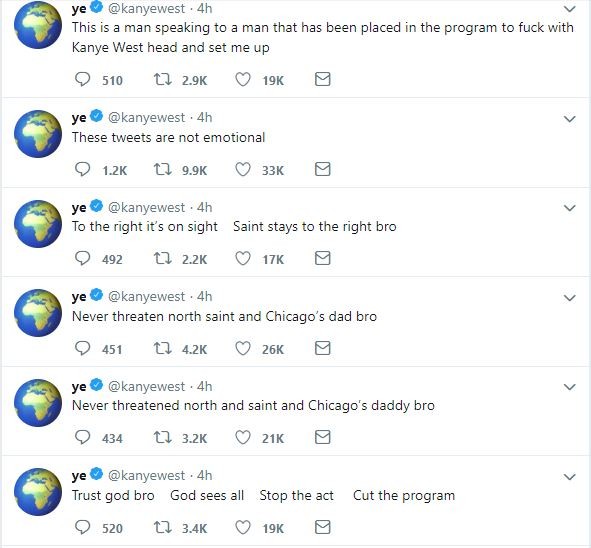 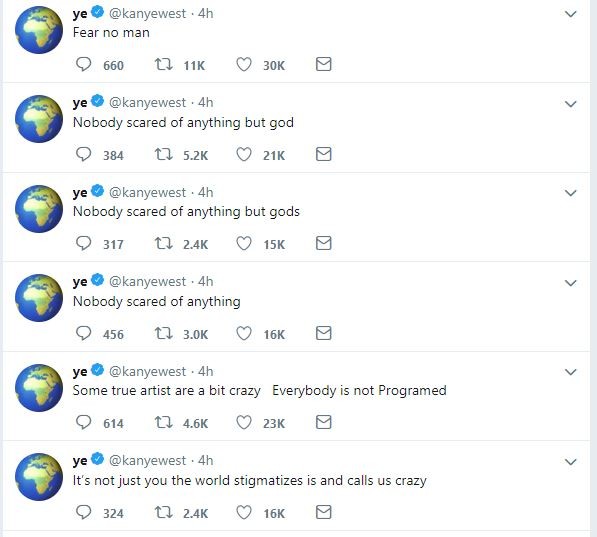 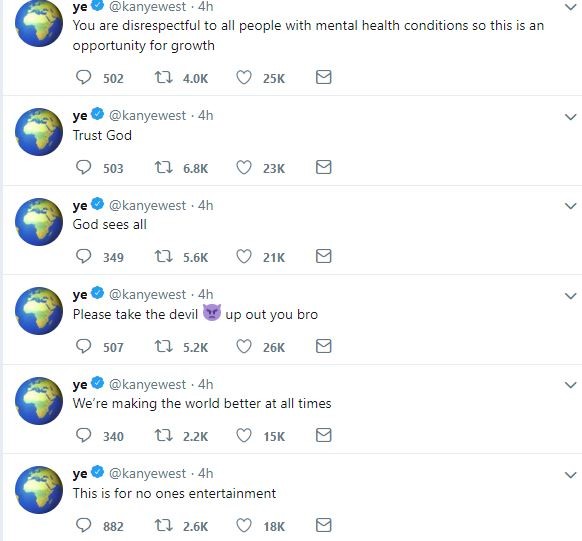 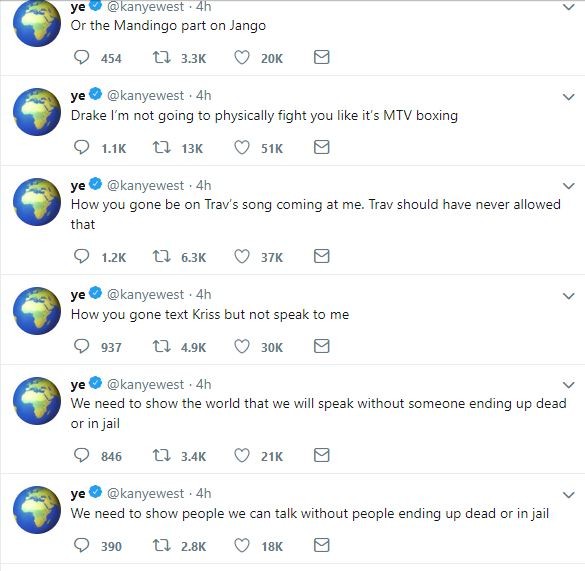 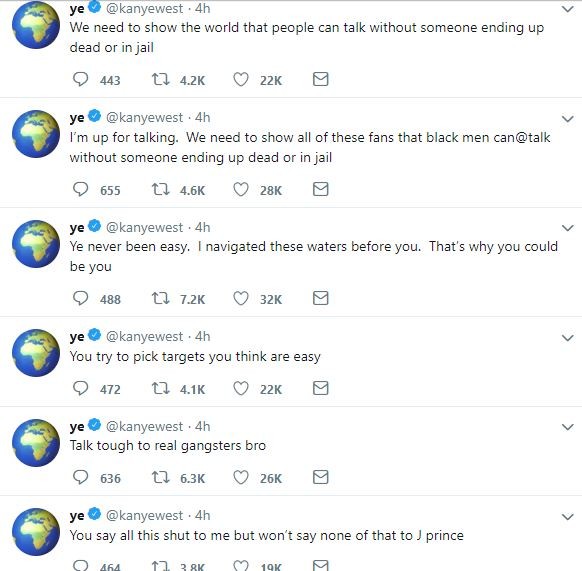 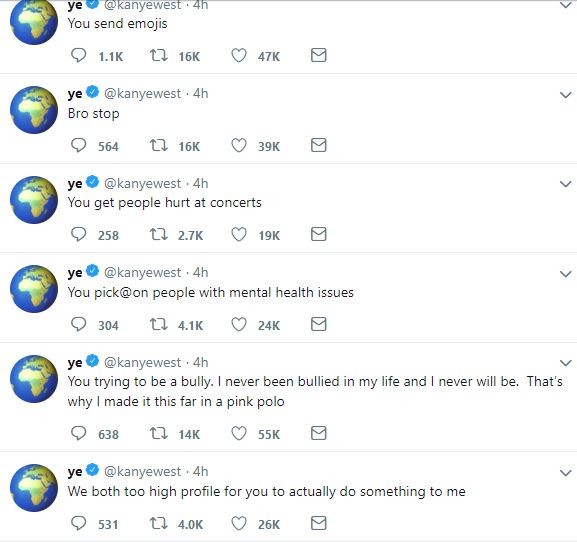 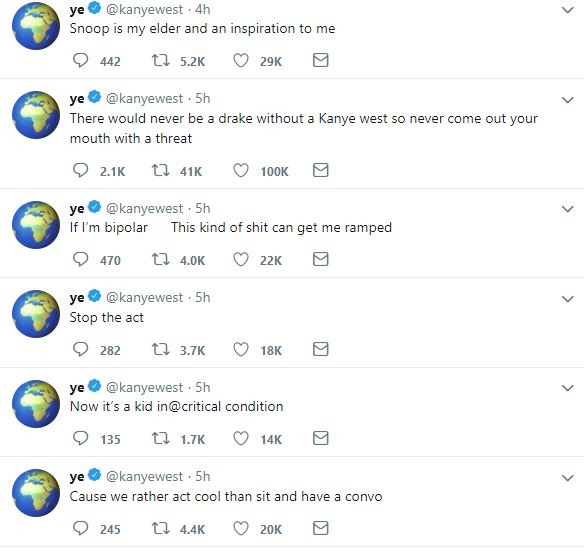 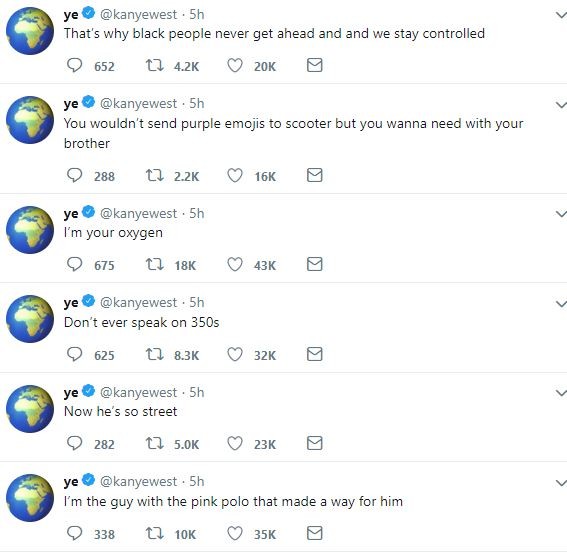 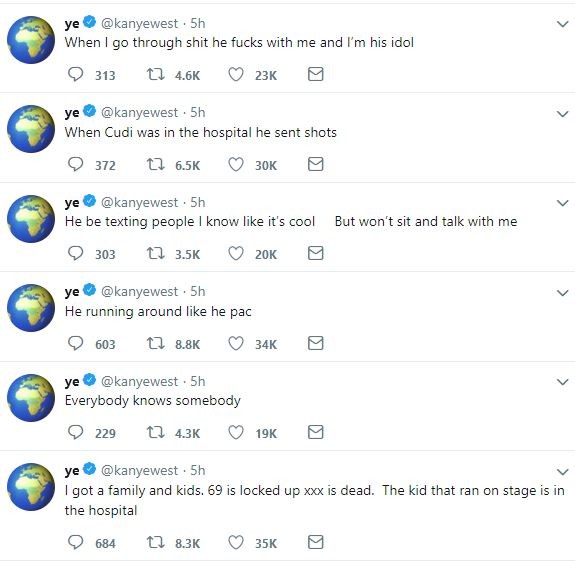 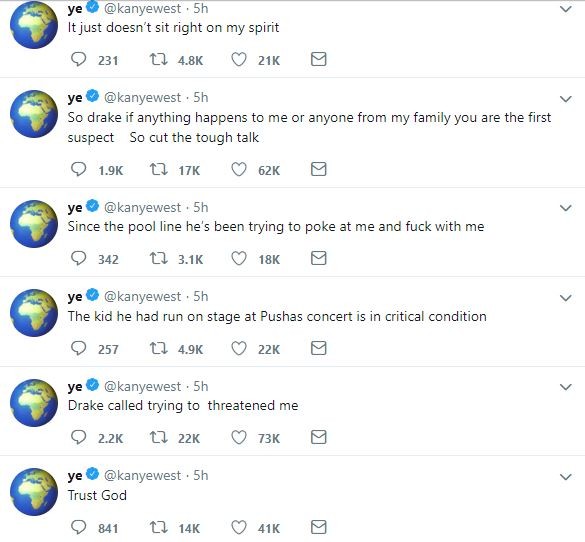 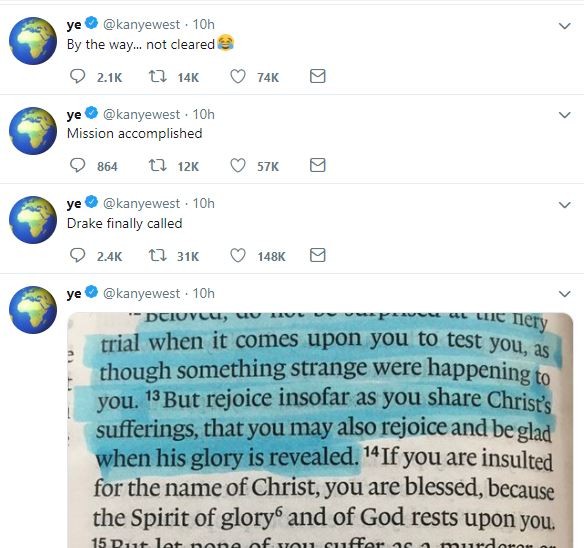 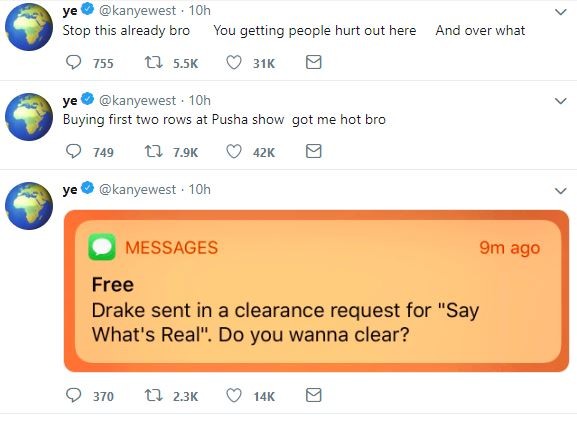 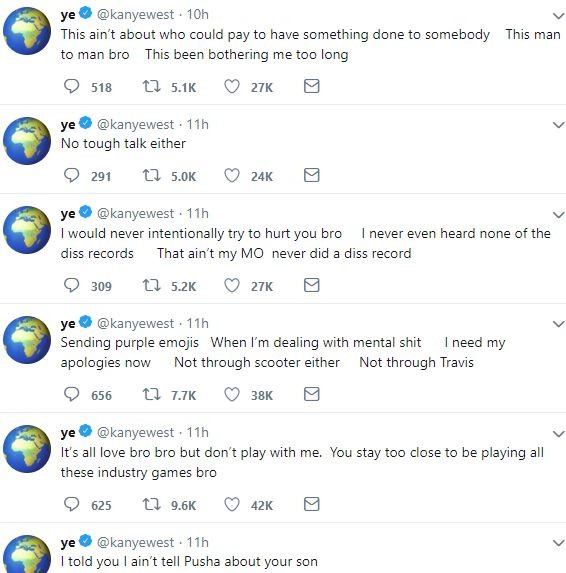 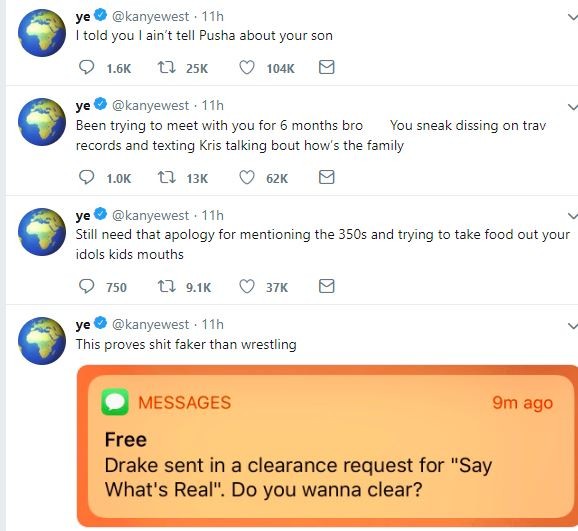