Tobi Jacobs, the lady who leaked the viral after ‘sex’ video where she was kissing DMW artiste, Peruzzi, while he slept in bed has allegedly gone missing.
Twitter user, @bzee01, took to his page to share the news that the lady who is only 18 years old has gone missing after the video went viral.
According to him, her phone has been switched off and he fears the lady could be suicidal at the moment. 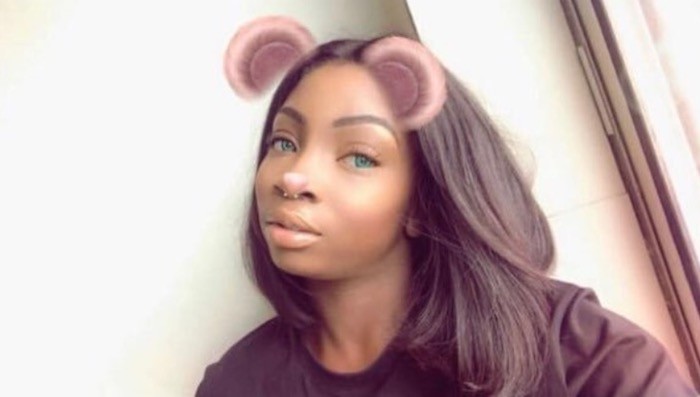 He wrote: ‘Tobi Jacobs is missing at home since d video in bed with peruzzi was posted, family/friends are scared n have bin searching for her, her phone is switchd off. She is just 18yrs could be suicidal atm
Pls contact: 09053031810, if you got any info on her where about. Kindly RT ? 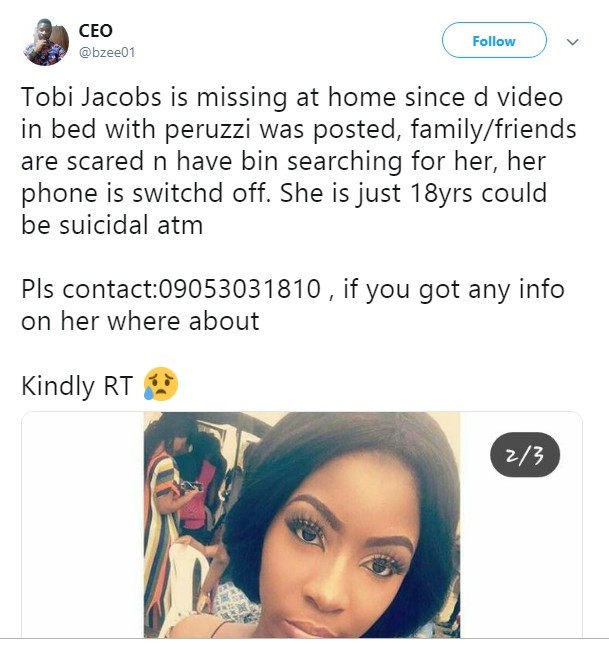 Don't wait for anyone to love you in Nollywood, love and help yourself - Yul Eel his