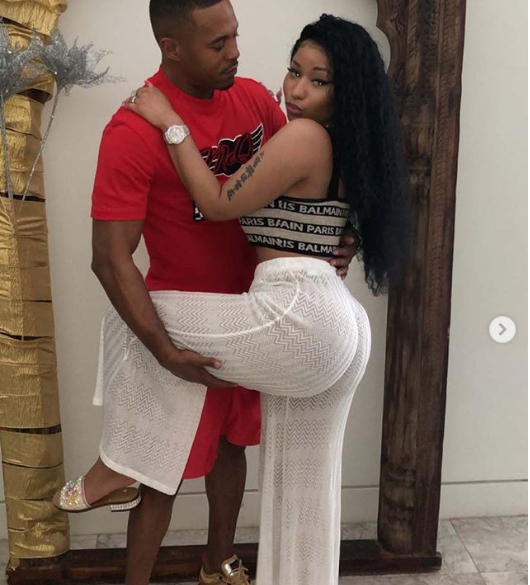 Rapper, Nicki Minaj, has divided her fans since going public with her new boyfriend Kenneth Petty, who is a convicted rapist and a murderer.
Now, TMZ is reporting that the 36-year-old’s relationship with Petty began when she was 16 years old and that he was one of her first loves in Queens.
According to the gossip site, Nicki understands Kenneth has a troubled past but she’s confident he’s matured and believes in second chances with hope he’ll be good to her.
Kenneth Petty, who is also known as Zoo was convicted of 1st-degree attempted rape of a 16-year-old girl in 1995. He served between 18 and 54 months for that crime, and he is a registered sex offender in New York.
In addition to the rape charges, Petty also served time for killing a man. Court records obtained by The Blast reveal Petty pled guilty to first-degree manslaughter in the shooting death of a man named Lamont Robinson.
The complaint claims that on April 27, 2002 at 12:30 AM, Petty shot Robinson multiple times. Robinson was later pronounced dead at a hospital.
Authorities originally charged Petty with 2nd-degree murder, but his lawyer got the charge reduced to manslaughter in a plea deal.
Share this...