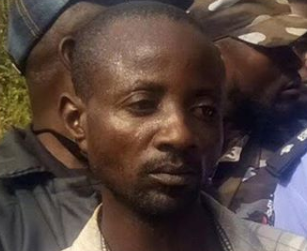 The police in Ogun state have arrested a leader of Tiv Community in Opeji, Odeda Local Government Area of the state, Jonathan Tsekar, for allegedly killing a police corporal, Gbenga Adeboyejo over N120,000 he borrowed and did not want to return.
Parading the suspect before newsmen, the state commissioner of police, Ahmed Illiyasu, said the suspect and the victim, who was attached to Odeda Divisional Police, were engaged in a charcoal business before their business relationship turned sour.
Adeboyejo was reported missing by his father on December 1st. Investigations by the police led to the arrest of Tsekar who confessed that on November 24th, he invited the deceased to an isolated area where he used a plank to hit him on the head, ensuring he died so he would not refund the money he collected from him. He later buried the victim in a shallow grave at Opeji village.
When interviewed by newsmen, the suspect said he had no intention to kill Adeboyejo

“He (deceased) complained that his goods arrived late and we started arguing. He struck me with wood and I also struck him with the wood. I didn’t intend to kill him.  When I realised he was dead, I dug a grave to bury him.”

Tsekar led to the police to the grave where the remains of the deceased was exhumed. The police boss said the suspect will be arraigned in court soon. 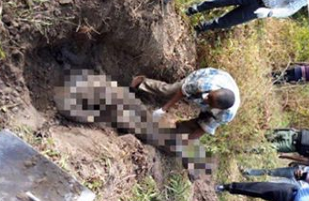 'Any married man that fails to ensure his wife reaches orgasm during sex will go to hell' - Ghanaian counselor, George Lutterodt says