What is the offence of the people of UDI NORTH, Lagos based financial consultant questioned the leadership of Gov. Ifeanyi Ugwuanyi

What is the offence of the people of UDI NORTH, Lagos based financial consultant questioned the leadership of Gov. Ifeanyi Ugwuanyi 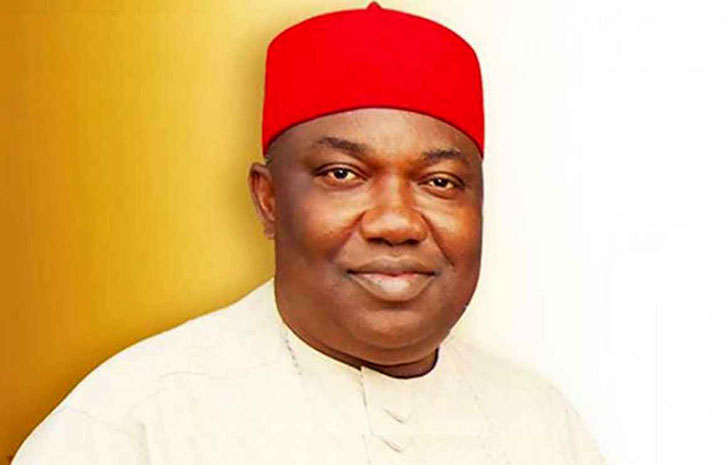 Lagos based financial consultant, Pete Emeka Aneke have questioned the Leadership of HE, Rt. Hon Ifeanyi Ugwuanyi what the offence of UDI NORTH is.
READ:

It is with the utmost respect that I am constrained to ask the famous, most popular, most celebrated, acclaimed, unopposed and blessed government of Enugu State under the most revered leadership of HE, Rt. Hon Ifeanyi Ugwuanyi (Gburugburu), ‘what is the offence of the people of Udi North’? The people of this humble and docile half of Udi LGA have overwhelmingly voted for, supported and remained loyal to this government with absolutely Nothing to show for it. We read and applaud the various infrastructural developments, renewals, good governance and other Dividends of Democracy which stand out this Ugwuanyi-led PDP government as one of the best, successful and decorated state governments in Nigeria.
However, communities, villages and towns in Udi North do not wear any of those new good looks of infrastructure development and refurbishment; the primary road artery which had been the main access route to Northern Nigeria from the South-East, Enugu-9th Mile-Opi, have been abandoned for local communities to patch per their capacity and divert to rural farm non-motorable tracks for unrepairable sections. 9th mile corner has become an ‘oasis in the jungle’!
What we see now are various bye-passes built to out-flank Udi North; After the civil war (ended 38 yrs ago) The 9th Mile – Opi “Expressway” was built. This was never dualized nor maintained to carry the volume and nature of North bound heavy traffic; it has since collapsed and abandoned like its other leg of 9th mile – Enugu “expressway” (through Onyeama mines area). The original 9th mile-Opi road, which had been the main gateway and connecting most of the towns in Udi North, was abandoned. The last ENSG built a virgin road from Enugu (Abakpa-Nike) to link Opi, by-passing Udi North again! It is obvious that this new bye-pass dashed any hope of repairing or rehabilitating the Old 9th mile – Opi road, since HE, our amiable Governor would more conveniently get to his village through this new “Apian Way”. Our people of Udi North are worried about the state of the only road to Ngwo-Uno, Abor, Ukana, Awhum, Okpatu, Umulumgbe, Ukeghe, Akwegbe, etc, up to Opi for the yuletide travels, especially with its eminent total destruction by the articulated trucks, which have diverted to this Old Road following the collapse of the 9thmile-Opi “Expressway”!

The good people of Udi North have remained law abiding and loyal to our beloved Gburugburu and his government. The authorities are requested to come to our aid, even with palliatives, soonest. We shall however repent and redress if advised of our sins. What then is the offence of Udi North??