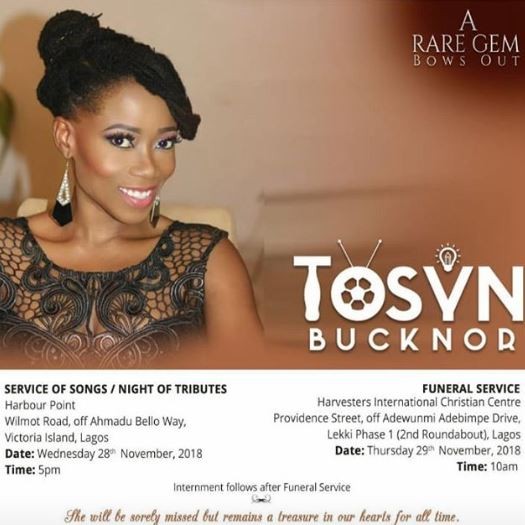 Funeral arrangents for late broadcaster, Tosyn Bucknor who died on Monday 19th November has been announced.
She will be laid to rest on Thursday 29th November 2018 shortly after her funeral service which will be held at the Harvesters International Christian Center.
A special service of songs and tribute night also be held in her honour on Wednesday 28th November, 2018 at Harbour Point, Victoria Island.
May her gentle soul rest in peace!
Share this...

Former commissioner for health, his wife and maid shot dead by suspected assassins