Popular kupe boys came to Nigeria and turned “kuje boys” as they where forced to sit on the floor at the airport. 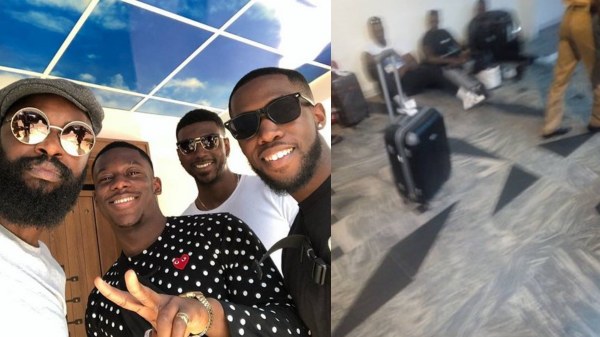 We earlier reported that the popular instagram celebrity, kupe boys where coming for an event in Abuja which went agog on social media.  on arrival to the airport they where reportedly forced to sit on the floor turning them to kuje boys as we have in the comment box by Nigerians

See what people are saying about the incident below: