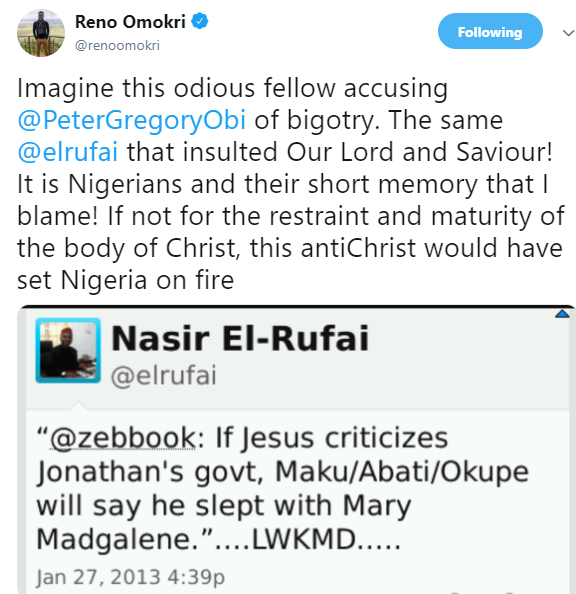 Yesterday, Kaduna state governor, Nasir El-Rufai, described former Anambra State governor and PDP presidential running mate, Peter Obi as a ‘tribal bigot’.
He was reacting to a tweet that said, ‘Peter Obi bundled some northerners, mostly those who engaged in menial jobs for survival & marched them in trailer load back to their base. To him, these guys had no business being in Anambra State’.
Reno took to his twitter page to slam El-Rufai for describing Obi with such words.
Share this...

(Video): See the long queue of people begging for money in front of Davido's house when ever he is around

In four years, all 774 LGAs will have internet connectivity' - Udoma Udo Udoma