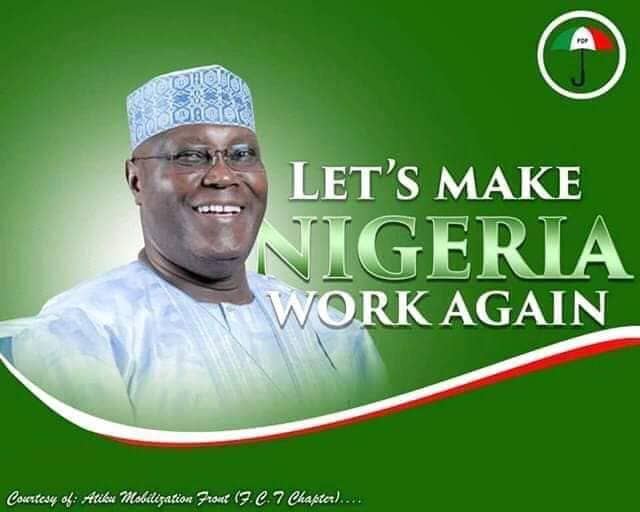 His Excellency Alhaji Atiku Abubakar Gcon is an outstanding Nigerian. As a politician he has built bridges of national unity across regional and religious lines, contributed to the evolution of our democracy and advanced the cause of the less privileged.

As a businessman he has set up and managed successful businesses that provide a source of livelihood for thousands of Nigerians.

As an educationist and philanthropist, Waziri Adamawa has blazed the trail in bringing international standards of education to Nigeria and helped thousands of underprivileged persons with access to a better life.

His success stories in public life, business, politics and philanthropy speak to the core values of hard work, determination, courage, industry, patriotism, tolerance and a generous commitment to giving back to society.

Though far from perfect – like most human beings – his life in very many ways provides good lessons that his peers, aspiring politicians or businessmen and the youth can emulate.

Former President Goodluck Ebele Jonathan described him as a true patriot and a leader whose service to humanity is noteworthy.

The current and outgoing ruling party All Progressives Congress (APC) described him as detribalized leader, political icon and philanthropist.

Former governor of Lagos State , Asiwaju Bola Ahmed Tinubu, described him as a man of faith and a leader of substance.

It is a shared consensus by many analysts that Waziri Adamawa is one of the very few leading Nigerian politicians with an appeal that is truly national. As a former vice president , His Excellency Alhaji Atiku Abubakar cultivated a very good relationship with the state governors. His capacity for accommodation and understanding endeared the governors to him.

The former Vice President has within the past three decades of being in the public spotlight shown that his brand of politics is not defined by any regional imperial agenda and that he is not a religious bigot. Though a devout Muslim, there is no tinge of fanaticism in his actions.

Those who know him attest to his ability to work very well with Christians and the premium he places on merit over religious and other sentimental considerations.

Waziri Adamawa is as much at home in the south as he is in the north where he comes from. Remember His fourth wife – Jemila Atiku Abubakar (Jennifer Iwenjora) – is an Igbo lady from the South East. This makes him an in-law to the Igbos.

INTELS, a logistics company which he established in early 80s is based in Lagos, Calabar, Warri and Port Harcourt in the South West and South-South respectively.

He has a huge network of friends in politics and business. These power networks span all shades, regions and religions.

In a highly polarized political system such as ours, it is difficult to find such a high profile politician who has successfully maintained without contradiction a wholly national outlook like Waziri Adamawa. He remains a model for appropriate political positioning for Nigerian politicians.

He has stood out and championed national views that not only acknowledge and reflect the growing tensions in parts of the country but also proffered practical solutions on the basis of common sense rather than regional political correctness borne out of fear of a possible loss of advantage. On the call for re-structuring by sections of the country His Excellency Alhaji  Atiku Abubakar happened to be the only political leader from the north to speak in support of the call till date. He said that re-structuring was inevitable and advised that the government should acknowledge the call and fashion out ways to engage those that are clamouring for it on a roundtable.

Epispde 97: who is Atiku, " an outstanding leader and a true gift to humanity" Comr Akpa Francis