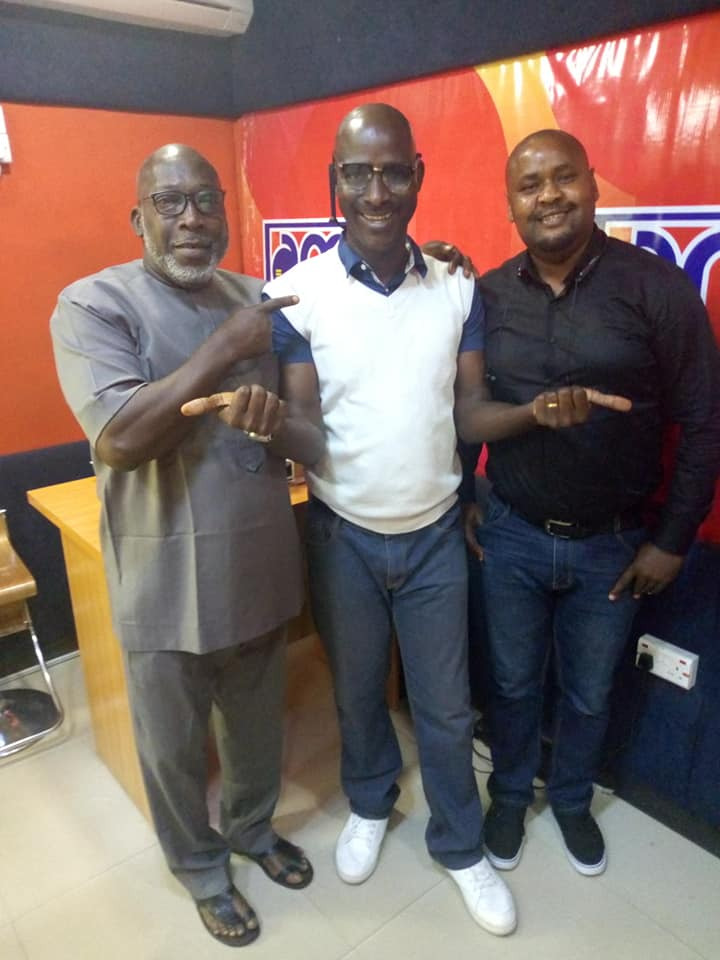 Nigeria’s topmost journalist and Blogger Chris Kehinde Nwandu aka CKN has concluded plans to commence a political programme on radio tagged ONE On One With CKN .

The deal was sealed on Thursday at the premises of wave making Ibadan radio station Jamz 100.fm Ibadan .

Speaking at the occassion ,the Chief Executive Officer of Jamz Fm ,veteran broadcaster Mr Femi Soolu said the radio station is happy to have someone in the calibre of the versitle journalist in his station.

He commended CKN as he is known for being so consistent in his journalism profession which has won himso much accolades within and outside the country .

He is of the belief that One On One With CKN on Jamz FM will receive so much listernership among thousands of followers of the radio station across several States.

In his own remark at the event,Chris Kehinde Nwandu who is also the President Guild Of Professional Bloggers Of Nigeria said Jamz FM Ibadan is like homecoming for him having known the veteran broadcaster for decades.He opined that the programme wouldn’t have come at a more better time than now when Nigeria is facing several socio economic and political challenges across board.

The programme according to him will help to raise the stake in our polity and proffer solutions were necessary.

One On One With CKN On Jamz FM will come up every Friday 4-5pm .It is a live chit chat ,phone in programme.

Guests will cut across politics ,Economy ,Security and other socio economic and Political issues .