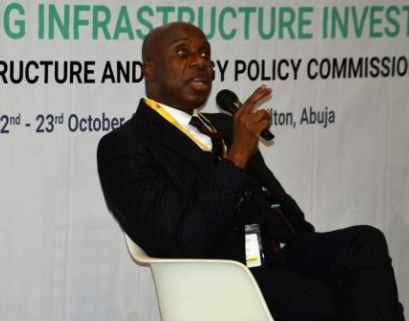 Minister of Transport, Rotimi Amaechi, has said that the Abuja-Kaduna rail line cannot run faster than 90 kilometres per hour because the ministry does not want the trains killing cows that pass through the rails while seeking pastures to graze on.
Amaechi said this when he spoke at the 24th Nigerian Economic Summit organized by the Ministry of Budget & National Plannng at the Transcorp Hilton, Abuja on Monday 22, October 2018.
The minister at the forum, highlighted the local problems being faced by the Nigerian railway system. He said Nigeria has more than enough to transport via rail, before stating restrictions caused by cows.

“The reason why we wat to go back to narrow gauge is because between Lagos and Kano, we have 30 million tonnes of cargo. Even if you do three rail lines, it cannot be enough. It took us 14 days to move coaches from Lagos to Abuja; everyday we go and ask, how far, they say we are near Ogun state…  14 days. But if it were rail, the same day, it will get to Abuja. The kind of construction we are doing is 120 kilometres per hour (Km/h), it is a speed train.
“We are doing 90km/h with Abuja to Kaduna. The reason we are doing 90km/h is because there are cows everywhere, and we don’t want to kill cows. The other day they tried 100 and they killed how many cows, and they said ‘you people should replace the cows you killed. From that day, I have said let us maintain the 90km/h; at 120km/h you get to Kaduna in one hour. You can work in Kaduna and live in Abuja. It was initially one, but now, we have done four locomotives with 14 coaches” he said

18 NYSC members reportedly die in a fatal accident in Mowe