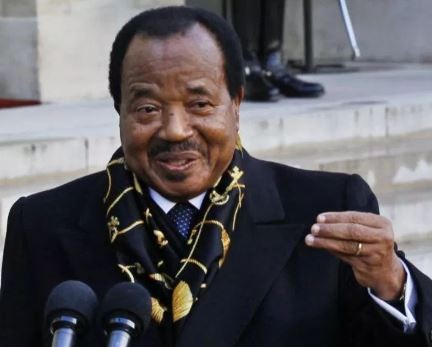 Cameroon’s President Paul Biya has won a seventh term in office in elections that held this weekend which was marred by low turnout and voter intimidation.
Biya, at 85 is currently sub-Saharan Africa’s oldest leader and he took 71.3% of the vote, according to official results. Opposition calls for a re-run of the presidential election were rejected by the Constitutional Council last week.
Riot police were deployed on Sunday to the major cities of Yaoundé and Douala in case of opposition protests. Cameroon’s two English-speaking provinces have been hit by more than a year of violent protests and attacks by separatist rebels which have left hundreds dead.
Biya’s nearest challenger, Maurice Kamto of the MRC/CRM, gained just 14.2%. Mr Biya took the majority of votes in all but one of Cameroon’s 10 regions, losing out to Kamto by a small margin in the Littoral region which is home to the economic capital, Douala.
Two days before results were announced, Africa’s longest-serving President Teodoro Obiang Nguema of neighbouring Equatorial Guinea congratulated Mr Biya on his win.
Share this...