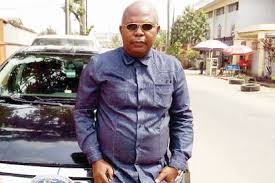 Nollywood Filmmaker, Chris Ekejimbe, dies after receiving overdose malaria drugs. He died at the Lagos University Teaching Hospital today, October 20th.
Ekejimbe was a board member of the Association of Nollywood Core Producers (ANCOPS) and founder of notable Nollywood social media group, Film4Life. The news of death was broken to members of the group by founding president of ANCOPS, Mr. Alex Eyengho early this morning.

“Folks! Sad day for Nollywood! Chris Ekejimbe just passed on a few moments ago at LUTH. Lord have mercy. I just spoke with the wife!” Eyengho stated.