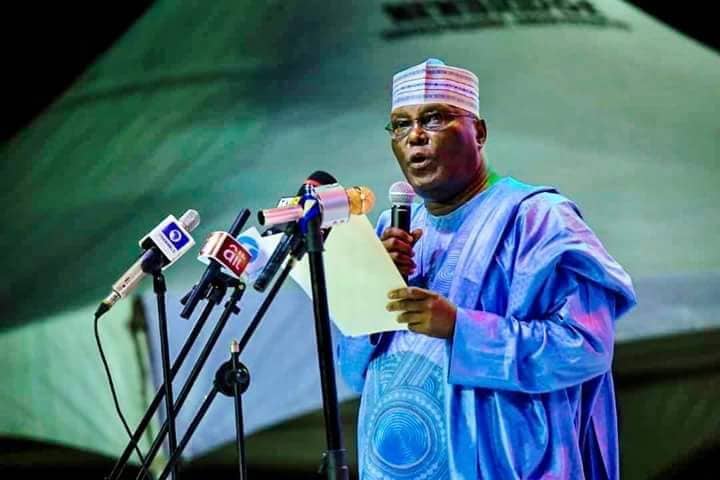 In 2014 under PDP/GEJ led government, Nigeria became the leading oil producer in Africa and the largest African economy, surpassing South Africa in terms of GDP.

In 2016 same Nigeria under APC/PMB led government Nigeria was slipped into Recession.

No doubt that the current number 1 citizen of Nigeria and the APC presidential candidate Muhammadu Buhari, does not have the capacity to lead and transform Nigeria from the abyss of helplessness to the pinnacle of progress and prosperity.

During their 2015 campaigns APC under the presidential candidature of Muhammad Buhari promised Nigerians that they will create 1 million new jobs annually during 2015.

While Nigerians are waiting for the 1 million job annually as promised, at the same time according to the National Bureau of Statistics data between January 2016 and September 2017 total of 7.956 million Nigerians became unemployed between. Some who have jobs are being fired on a daily basis as some companies either shut down or sack staff due to the harsh economy. People that used to be employed have now joined the teeming population of unemployed persons.

His Excellency Alhaji ATIKU ABUBAKAR GCON ( 2019 PDP Presidential Candidate ) comes across as a great manager of men and resources with a liberal pan-Nigerian credentials. A successful businessman whose enterprises run more on capacity than contact.

Waziri Adamawa is a proven technocrat who is  equipped with the requisite skills and knowledge of practical economic management to lead Nigeria’s economic renaissance.

He is the highest individual employer of labour and a major player in critical sectors of the economy with a distinction for massive job creation, ATIKU is better positioned to be entrusted with a nation in economic doldrums than a lifeless and walking president.

As a successful businessman, he understands the true meaning of enabling environment and the imperatives of public-private partnership to spur economic growth and development.

His Excellency Alhaji ATIKU ABUBAKAR is most likely to deploy his vast business experience to develop and implement government policies that will stimulate wealth creation for business, create urgently needed jobs, pull millions of Nigerians out of desperate poverty and exit Nigeria’s status as the poverty capital of the world.

During his time as a vice president,he singlehandedly assembled what is arguably the best economic team ever in Nigeria. This economic team was made up of young, world-class professionals, who came home to work. Some of those professionals are now political leaders, governors and world leaders in their own right,”.

“When I was Vice President in 1999 I was responsible for liberalising the telecomms sector which enabled us to increase the number of people who could access a phone from less than 1 million then to over 100 million today. This transformation resulted in the creation of hundreds of thousands of new jobs from the top-up card vendors you see on every street corner to the many new businesses that fed off the mobile phone revolution”. H.E Alh ATIKU ABUBAKAR,3rd Nov 2017

Only His Excellency Alhaji ATIKU ABUBAKAR (2019 PDP Presidential Candidate ) who is truly detribalized with an impeccable nationalist credentials can shun the temptation of sectionalism/nepotism and recruit the best brains and strong arms irrespective of ethno-geographic and religious backgrounds to help carry out the urgent task of socio-economic transformation of the Nigerian state from helplessness to greatness.

No doubt, come 2019 Waziri Adamawa is the way forward for Nigeria and Nigerians.
He is prepared and ready to bring good and accountable governance to Nigerians.