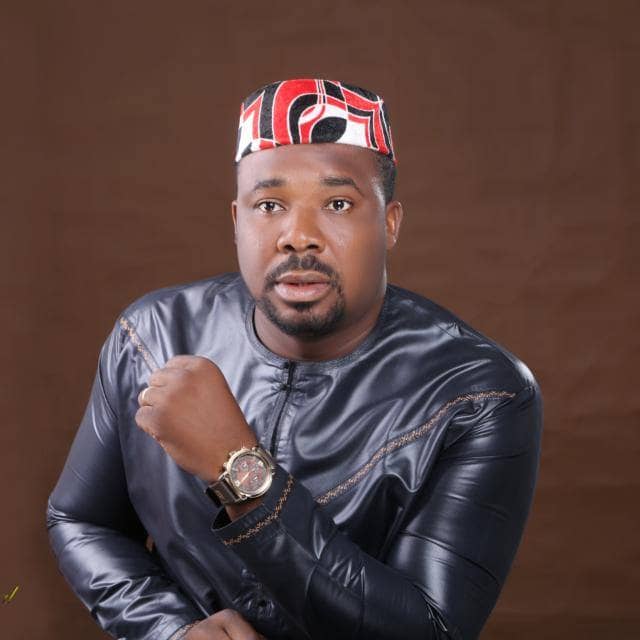 Hon Stanley Okeke  have been working together with the working Governor of Enugu State His Excellency Rt Hon Ifeanyi Ugwuanyi ( GburuGburu ) in delivering the dividends of democracy to Awgu people.

History has it that Awgu LGA was carved out of Okigwe division which served as judicial and administrative headquarters of Awgu division since 1909 and 1914 respectively.

As a large geographical entity, Awgu Local Government Area has given birth to two other local government areas in Enugu state. These include Oji River LGA created in 1976 and Aninri LGA.

Geographically, Awgu LGA is located approximately between latitudes 06 00’ and 06 19’ North of the Equator and longitudes 07 23’ and 07 35’ East of the Greenwich Meridian.

Awgu LGA is bounded in the north by Udi and Nkanu West LGAs, in the West by Oji River LGA and share border with Isuochi LGA of Abia State in the South.

Generally the good people of Awgu are hospitable, peaceful and progressive.

On 18th August 2018, Hon Stanley Okeke was honoured with a merit award of Excellence “As the Best Performing Local Government Chairman in South East for the year 2018 atthe international conference centre Abuja. 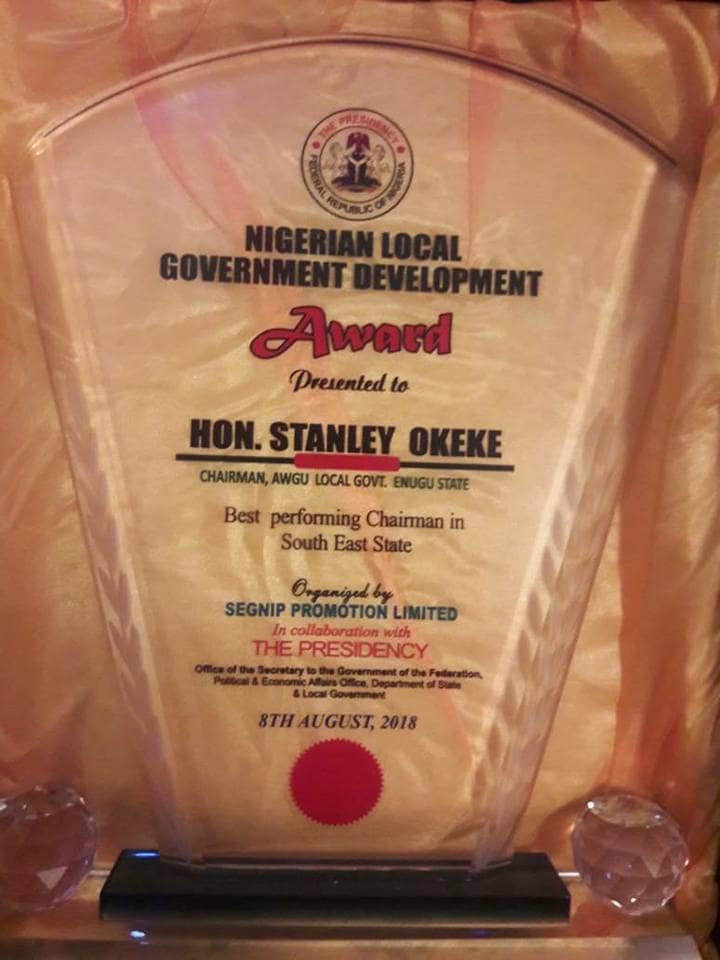 A man who has long made his mission in Awgu LGA known.

“I am here on a mission. I want to create an impact that will positively affect everybody. I want it in such a way that when I leave office, people of Awgu will acknowledge that I really impacted positively on their lives. I want to leave my footprints in the sands of time in this local government area. I will operate in such a way that there will be peace in every community. I want every community to feel the impact of this administration”. Hon Stanley Okeke November 28, 2016.

In fulfilling part of his promise of directing the youths of Awgu in the right path to make Awgu youths stronger, ambitious and very responsive.
Hon Stanley Okeke led administration in Awgu LGA has so far empowered over 1000 youths from the local government area. He has also concluded plans to train and empower youths in different areas of skills acquisition. This is aimed at harvesting the potentialities of the youths as well as curbing restiveness and reducing unemployment in Awgu LGA. No doubt Atu Ogbaku has made Awgu youths to become an asset.

Hon Stanley Okeke led administration has not also relented in providing adequate security for his people. Since his administration came on board, the entirety of the local government has witnessed crime free situation. This is a product of a well-designed and articulated government policies on security matters. He is a humble mayor who maintains a cordial relationship with all the security agents especially police in the area. The neighbourhood watch groups structures are well defined. As a result, cases of armed robbery, kidnapping and other social vices are no where to be found in Awgu LGA. The booming of economic activities in the area as a result of adequate security.

The good people of Awgu, especially the youths are solidly behind you.