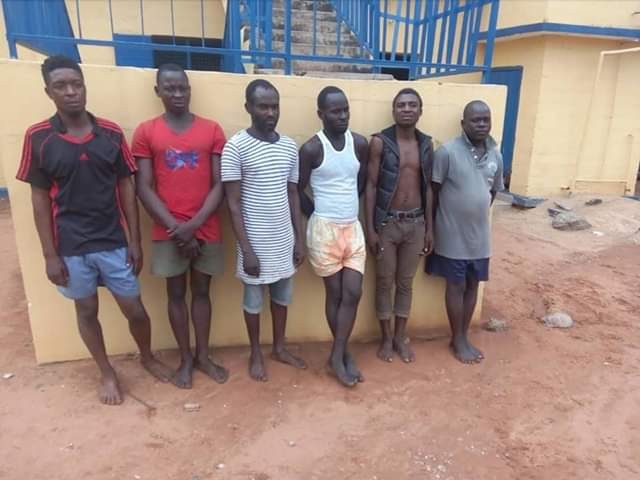 The Benue State Police Command have arrested six members of a notorious armed robbery gang.
The suspects were arrested by FSARS following an armed
robbery incident at Mbamande Junction Ikpayongo in Aliade, Benue State
on October 7. 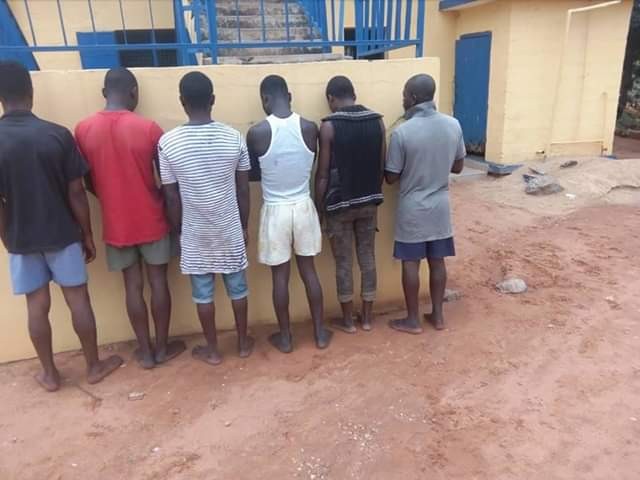 DSP Moses Joel Yamu, Police Public Relations Officer of the
Command, who confirmed the incident on Monday, gave names of the
suspects as:
i. Terdoo Nyamtaver 27yrs
ii. Atondu Nyam 20yrs
iii. Takari Anja 43yrs
iv. Terkimbi Akighir 35yrs
v. Msughter Abe  Alias Don shayo 21yrs and
vi. Msughter Tyosula alias Sunny 22yrs all of Mba-Amande village of Gwer East LGA.
Upon interrogation, the suspects confessed to have robbed
one Theresa Tarnongu and Alex Awuna in a Toyota Corolla Duck Nyash with
reg no AA 305 RNG, of the Sum of Two Hundred and Fifty Thousand Naira
cash(#250,000), using cutlasses and other dangerous weapons on a
blockade they mounted near Mbamande junction,  Ikpayongor-Aliade road on
07.10.2018.
The suspects would be charged to court as soon as investigation is concluded.
Share this...