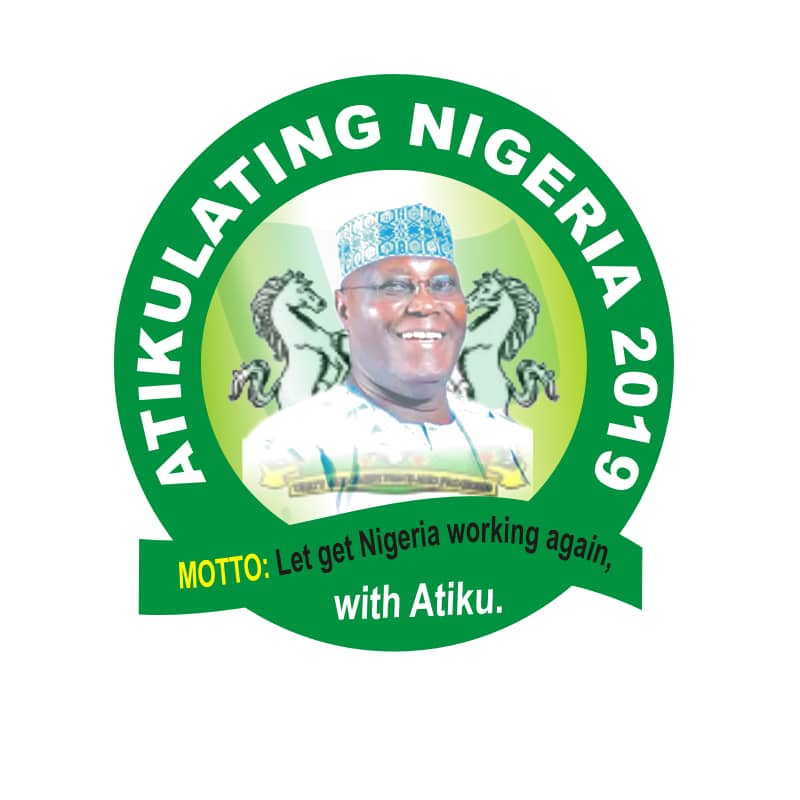 PRESS RELEASE FROM THE OFFICE OF THE ATIKULATINGNIGERIA2019:

The AtikulatingNigeria2019 is a collection of over millions of Nigerians youths, women and men  who have the interest and the intention of this country at heart, who believe in a better Nigeria, youths who want Nigeria working again, through Atiku.

A man of true Democrat, a man that listens to the voice of the masses, a successful business man who is capable and ready to rescue Our country from a lot of damages, a philanthropist, our former vice President of Nigeria.

The AtikulatingNigeria2019 platform was formed created on the 29th of July 2018 with the vision of getting millions of Nigerians across the Nation to vote massively for the right man, our principal, Alhaji Atiku Abubakar, GCON. Waziri of Adamawa. A man who has the interest of this country at heart, A man who has over the years employed over 50,000 youth, gave scholarship to further their education and helped the needy.

We are hell bound to mobilise at least 25million voters to ensure the success of Alhaji Atiku Abubakar at the forthcoming election.
We will also work with all units available within the ambit of the law to ensure the credibility and fairness of the process.
We will ensure Nigeria work again with Atiku in Aso rock through gathering of needed votes by the electorate.

This will be achieved by pursuing our mission which is to mobilise as much as 25million vote for ATIKU and put in place measures that will allow for a credible electoral process which include but not limited to making sure our vote so mobilise count.

Our principal, Atiku Abubakar served as the second elected vice president of Nigeria from 1999 to 2007, on the platform of the PDP with president Olusegun Obasanjo

He also worked in the Nigeria customs device for twenty years, rising to become the deputy director before he retired in April 1989 to go into politics, ran for the the office of governor in the Gongola state “Now Adamawa and Taraba states) in 1991.

In 1998 he was elected Governor of Adamawa state. While still the governor elect, he was selected by the people Democratic party (PDP) presidential candidate Olusegun Obasanjo as his running mate.

Was elected and sworn in as Nigeria second  Democratically elected vice president on the 29th of May 1999 after they successful won the Presidential election in February 1999.