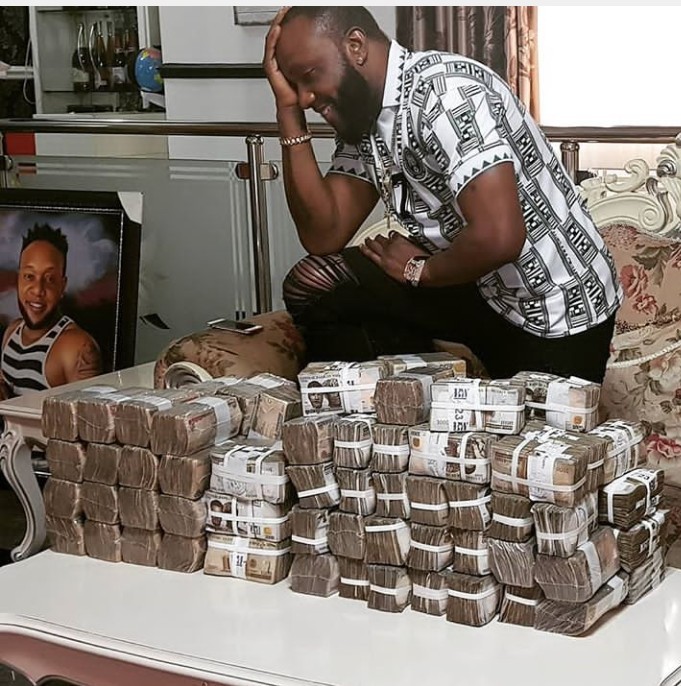 KCee shared wads of cash on Instagram following a sub from Soso Soberekon and Harrysong claiming that Five Star music label has fallen to One star. But rather than get the support of followers, KCee was called out for his behavior.
It all began after talent manager Soso Soberekon and Harrysong, who both left the Five Star music label owned by KCee and his brother E-Money, wrote that greed has made Five Star become one star. It was obviously a shade at their former label and KCee replied by posing with money. 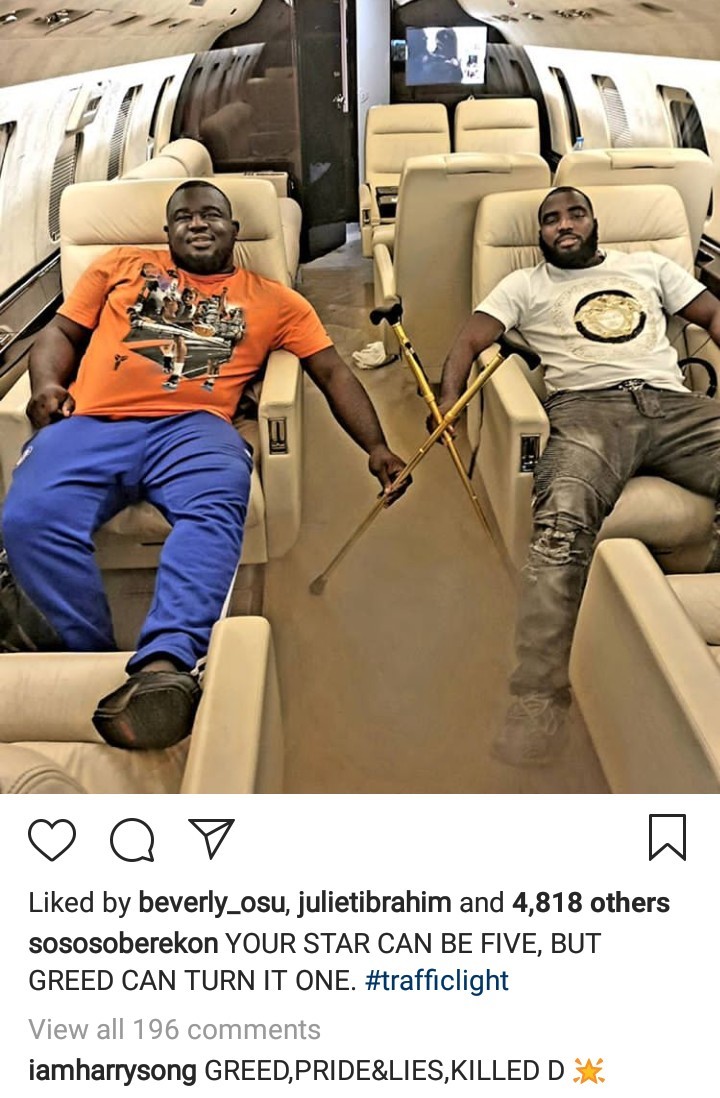 But fans were not impressed.
See some reactions below. 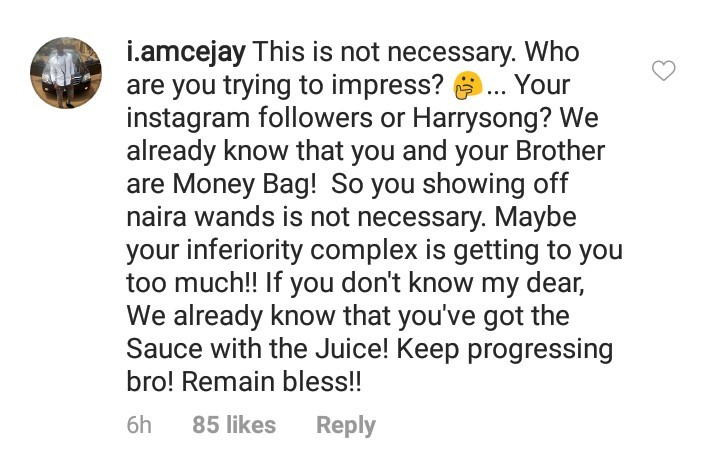 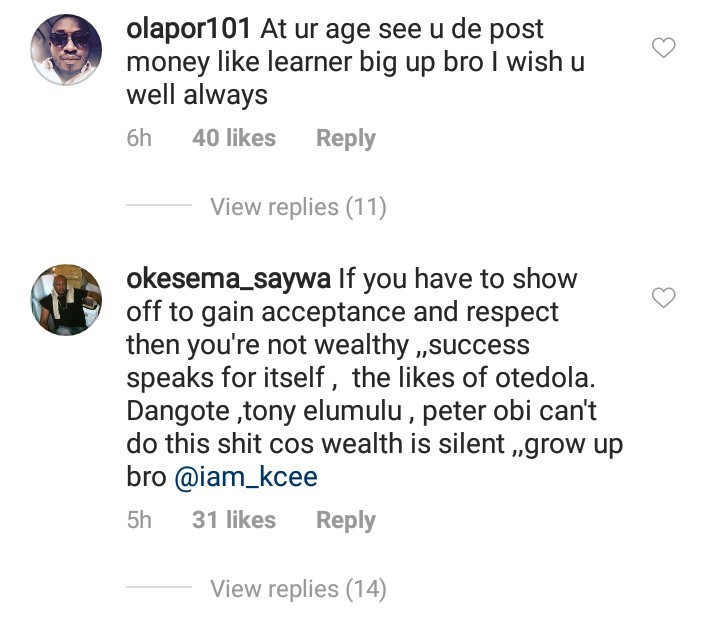