Ahead of tomorrow PDP National Convention: Waziri frontiers Network ( WFN ) urges Delegates to vote ATIKU , describes him as the most qualified

Ahead of tomorrow PDP National Convention:Waziri frontiers Network ( WFN ) urges Delegates to vote ATIKU , describes him as the most qualified 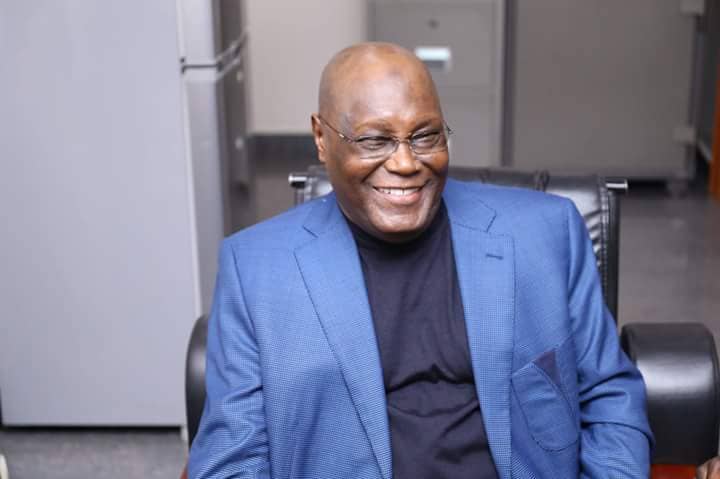 Briefing newsmen in Port Harcourt, The Director General of Waziri Frontiers Network Engr. Dan Ohiomoba through his personal secretary Comr Akpa Francis noted that Atiku, being a detribalized and true leader would relate equitably with Nigerians and get Nigeria working again.

Ohiomoba , however, said they are campaigning for the transformation of the Nigerian economy and creation of jobs, having in mind that the former Vice President had created jobs through his multi-billion investments across the country.

Stated that Atiku Abubakar remains the most qualified presidential candidate of PDP who alone can wrestle APC in the general election.

“Atiku is true Democrat and a proven technocrat , he remains the only man that has all it takes to salvage our dying nation come 2019, he is detribalised, a business magnet, a philanthropist and employer of labour, a good bridge builder who bridges gap between tribes, and modest in religion. He relates equitably with Nigerians in business and in politics without greed or sentiments”. He said

The Director General further stated that members of Waziri Frontiers Network who are national delegates nationwide has also reached out to other national delegates and appeal to them to vote the former vice president in the PDP national convention slated to hold tomorrow 6th and 7th October.

“We wish to appeal to PDP governors, present and past party leaders, stakeholders and members of the party, and indeed all well-meaning Nigerians, to support the candidacy of His Excellency, Alhaji Atiku Abubakar, to ensure that he emerges as the Standard Bearer of the PDP for the 2019 presidential election.