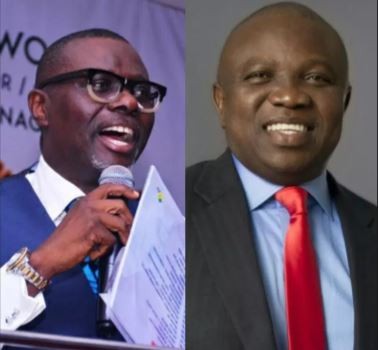 Lagos APC chairman, Alhaji Tunde Balogun, has declared Babajide Sanwo-Olu as winner of today’s APC governorship primary.
According to him, Governor Akinwunmi Ambode scored 72,901 votes while Jide Sanwo-Olu got 970,851 thereby making him the winner of the APC primaries which he described as ‘free and fair’.
See the video of the announcement below….

woman claimed to be a wife material and showed off the food items she bought for N970, got horrible responds from audience.