Gov Wike , “you are on your own, don’t drag Rivers state people into your selfish agenda – Felix Dagogo

Gov Wike , “you are on your own,  don’t drag Rivers state people into your selfish agenda – Felix Dagogo 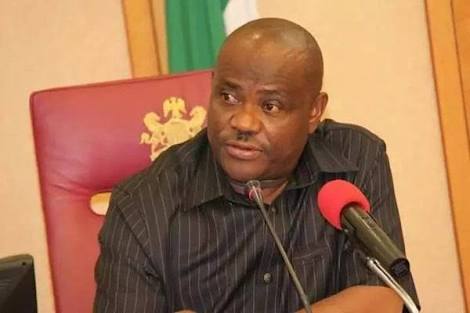 Ego trip : a journey to nowhere “.
Robert half.

I used this wisdom quotes from Robert half to describe Gov Wike’s state of mind towards PDP convention venue and presidential aspirant.

I wish to remind Gov Wike that PDP of today is different  from PDP of yesterday, let him also have it in mind that PDP is no more a ruling party but an opposition party and we are coming to general election field as an opposition party, with this I want to categorically let him know that what PDP needs now is a presidential candidate that has all it takes to battle APC not a candidate forced upon the party through impunity and self desire of wike!

We all know what our great party passed through during Modu Ali sheriff courtesy of wike and co! Which almost led to the extinction of the pdp as a whole!!!

Wike should not use his personal interest to plunge  PDP  into another round of disastrous crises that could spoil our chances of winning the general election!

I urge Wike to stop parading himself as demi god, he should allow the interest of people be carried along not his own personal interest, he is not the only Governor under PDP so him alone cannot decide what happens in our party.impunity and recklessness that he is trying to bring back into pdp has no place!

“Governor Wike must understand now that his over zealous and crude mannerism will not deter PDP from sustaining the ongoing reforms of the PDP to reclaim her mandate through a credible and well prepared presidential aspirant.

If PDP must reclaim it stolen mandate come 2019 then we must resist imposition of candidate or convention venue from any individual irrespective of whatsoever reasons.

I urge Governor Wike to call himself to order and work for the unity and progress of PDP not his personal interest.
Take Rivers people out of your camouflage and tell the truth that you are fighting for your personal interest not for us!!!