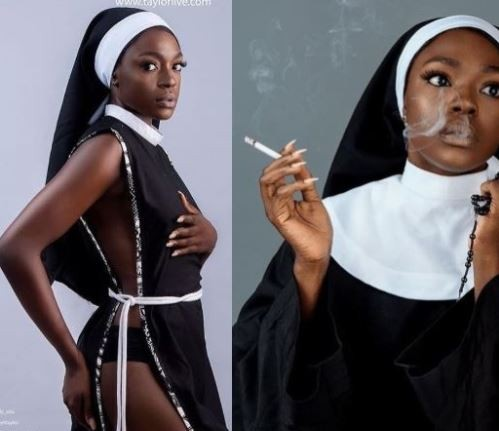 Actress and former Big Brother Africa housemate, Beverly Osu has been under fire for the past three days since photos of her on the cover of TayorLive Magazine was released.

In the photos, Beverly is seen smoking in a Catholic nun attire and according to her, ‘its a mere work of art’.

Alot of Nigerian celebrities have however jumped in her defence saying nothing is wrong with the photos. Some of those who dropped comment in her favour include Annie Idibia, Paul Okoye, Yomi Casual, Daniel K Daniel, Adaeze Yobo, Cossy Orjiakor and others. 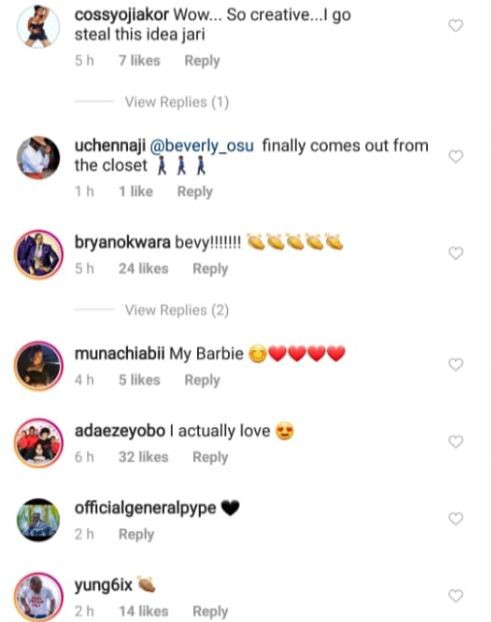 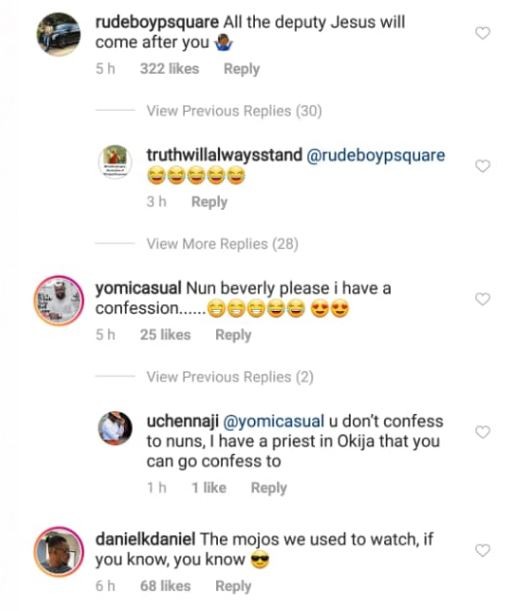