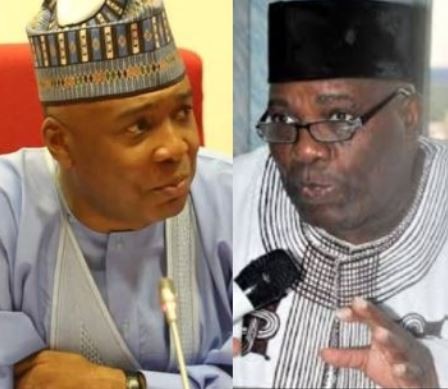 According to Saraki, ‘I am pleased to announce the appointment of
Dr. Doyin Okupe as the Chairman of my Presidential campaign’s Media
Council. Dr. Okupe has served as the National Publicity Secretary of the
National Republican Convention (NRC)’.

He added that, ‘Dr. Doyin Okupe  brings many years of strategic
insight to my campaign team, having worked as the Director of
Communications for the Presidential campaigns of two former presidents,
Chief Olusegun Obasanjo and Dr. Goodluck Jonathan’. 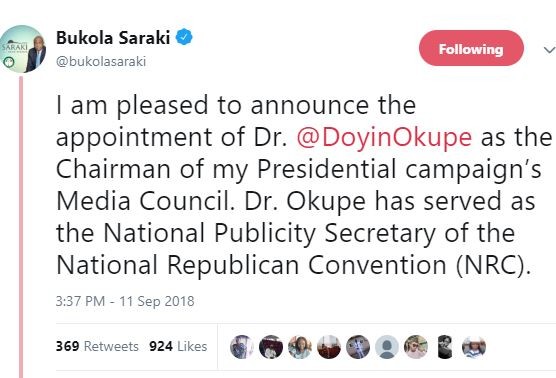 There is no fight between Tinubu and I - Ambode