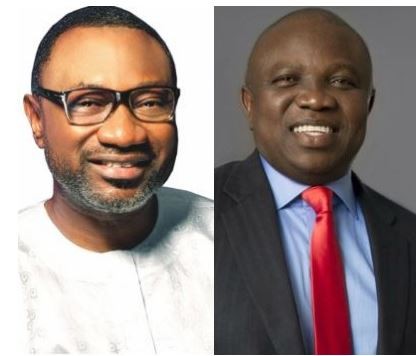 Fresh reports indicate that the Chairman and Chief Executive Officer of Forte Oil, Femi Otedola, is set to run for the governorship seat of Lagos state under the Peoples Democratic Party platform.
According to an exclusive report by Dele Momodu, the billionaire oil magnate may pick the PDP ticket anytime from now. ‘Lagos 2019 promises to be interesting. PDP offers Femi Otedola governorship ticket. He’s accepted and personally confirmed to The Boss newspaper’ Momodu tweeted. 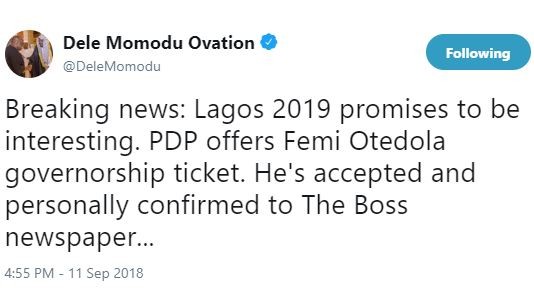 Otedola, who has not initially shown any interest to run for the governorship office, at least for now because he would’nt want to challenge his friend and brother, Ambode for the seat, may have changed his mind following the crisis rocking the emergence of Ambode as APC candidate.
The incumbent governor, Akinwunmi Ambode has recently come under fire by a group loyal to APC national leader, Asiwaju Tinubu, saying he must be dethroned for a former commissioner in the state, Babajide Sanwoolu
Share this...

Beverly Osu defends controversial photo of her smoking in a Catholic nun outfit, says: 'Its a work of art"