‘If I want, I’ll remain in the senate forever’ – Ekweremadu

‘If I want, I’ll remain in the senate forever’ – Ekweremadu 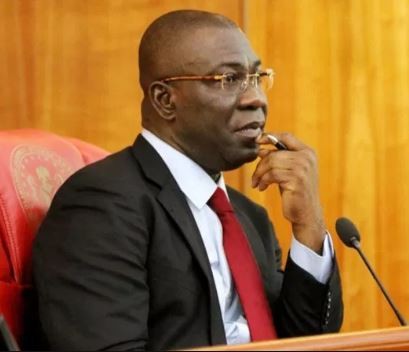 The Deputy Senate President, Ike Ekweremadu, has said he could remain in the senate for the rest of his life if he so wishes saying he’s always in touch with his constituents, and could easily win elections.
He spoke on Thursday at Sheraton Hotel at a public dialogue organised by the #NotTooYoungToRun movement, a youth group that successfully lobbied for the passage of a new law that reduced the age of qualification for political office across the country.
“I’m in total touch with my people and that is why if I want to remain in senate forever, I will” Ekweremadu told young aspirants on the platform of PDP.

“PDP is not a home for urban politicians, for young people. If you want to participate in politics, you have to pay your dues and the best place to pay your dues is your local community. That is where we all started from. Don’t think you will go to the House of Reps or House of Assembly by running around Wadada Plaza, it’s not going to work” he said.