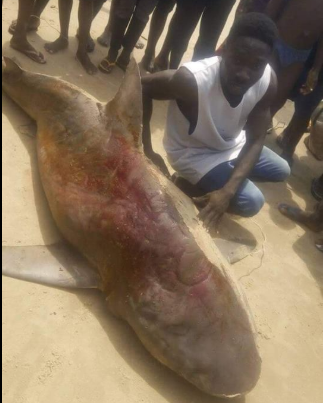 Photos of an Ijaw man posing with a shark he killed in Bayelsa state is circulating online.
The photos show Aonimite Daniel Okonyo Numoipre striking different poses with the animal which he reportedly caught from the Ocean at Okpoama, in Brass local government area of Bayelsa State.
He was able to catch the large fish by using a hook, according to online reports. 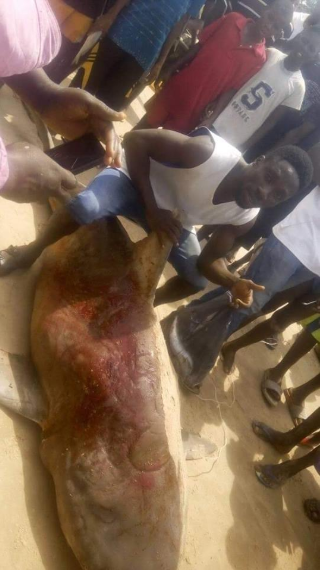 Killing wild life and aquatic animals have become common in Nigeria and citizens have expressed outrage at this, suggesting instead that the animals should be returned to where they came from or taken to the zoo for tourism purposes.
More photos below. 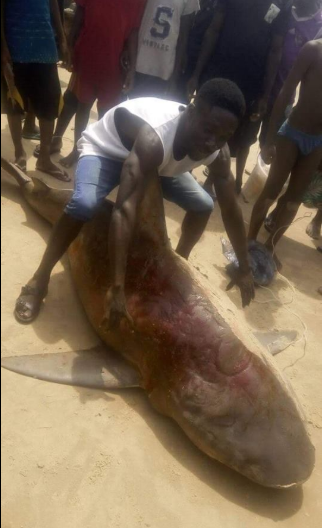 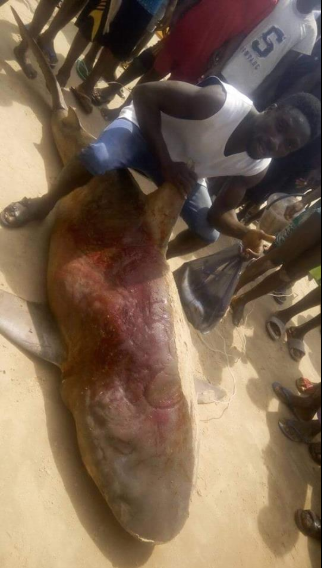 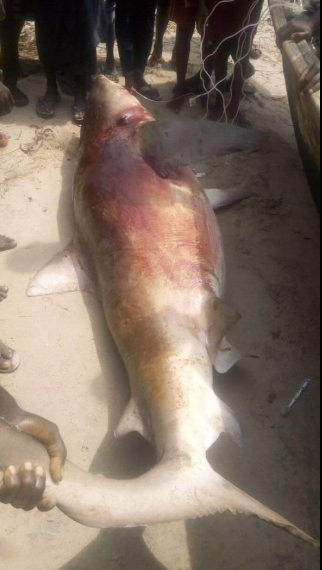