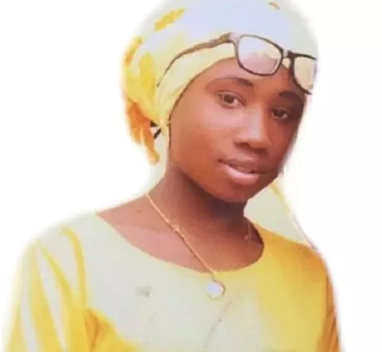 The parents of Leah Sharibu, the only Dapchi school girl still held captive by Boko Haram insurgents since February this year, have confirmed that the voice from an audio message released by a faction of Boko Haram to The Cable, is that of Leah, their daughter.
In the audio tape released yesterday afternoon, Leah made an appeal for her release from Boko Haram captivity.

”I am Leah Sharibu, the girl that was abducted in GGSS Dapchi. I am calling on the government and people of goodwill to intervene to get me out of my current situation.
“I also plead to the members of the public to help my mother, my father, my younger brother and relatives. Kindly help me out of my predicament. I am begging you to treat me with compassion, I am calling on the government, particularly, the president to pity me and get me out of this serious situation. Thank you.” Leah said in Hausa

Leah’s parents, Nathan and Rebecca Sharibu, have confirmed to the Nation that the voice in the audio is that of their daughter.

“I can confirm to you that the voice that spoke is that of my daughter Leah. It is her voice no doubt. I am happy that I can hear my daughter speak. This has giving me hope that she is alive. I am also happy to see her recent picture displayed. My request is the same with my daughter. The government should play their part now by intensifying efforts to secure her freedom” Leah’s father said

For the mother, her hope never died, though it has now doubled. She will however become happier the day her daughter is free. She called on President Buhari act fast in rescuing their daughter. She also appealed to Boko Haram members to have mercy and release their daughter.
Share this...

''Only God can determine when Leah Sharibu will return'' Presidency