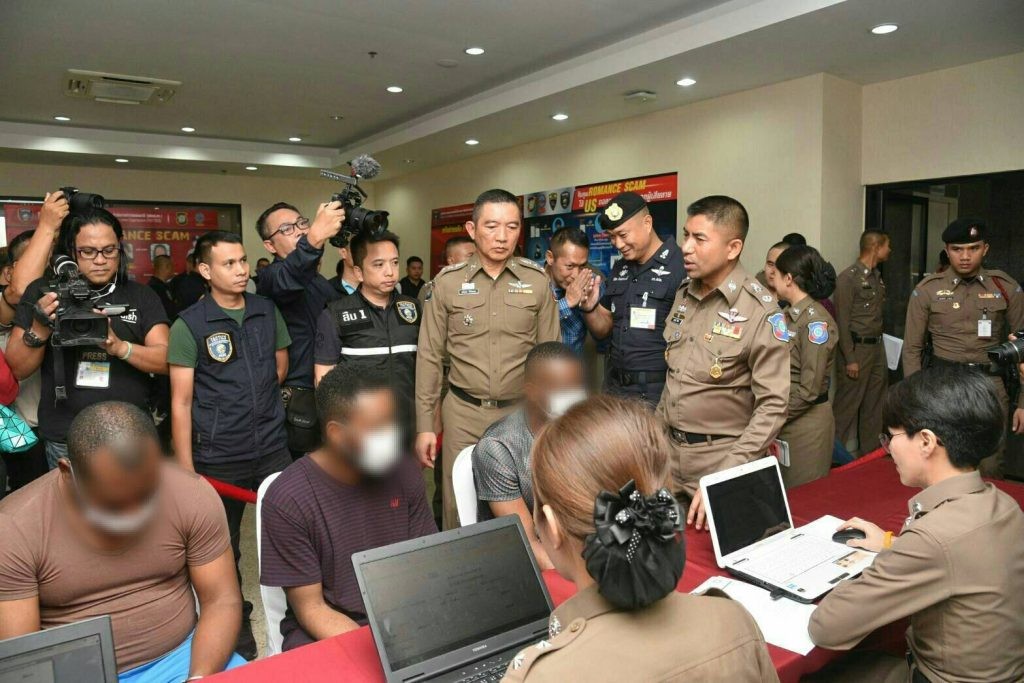 Three Nigerian men and their Thai female accomplices have been arrested over involvement in a multi-milkion baht romance scams in Thailand.
Briefing journalists during a news conference at the werkend, Thai Crime buster Pol Maj Gen Surachate Hakpal gave the names of the Nigerian suspects as Oli Ifeanyi, Samson Orji and Orubor Kingsley Nosa. 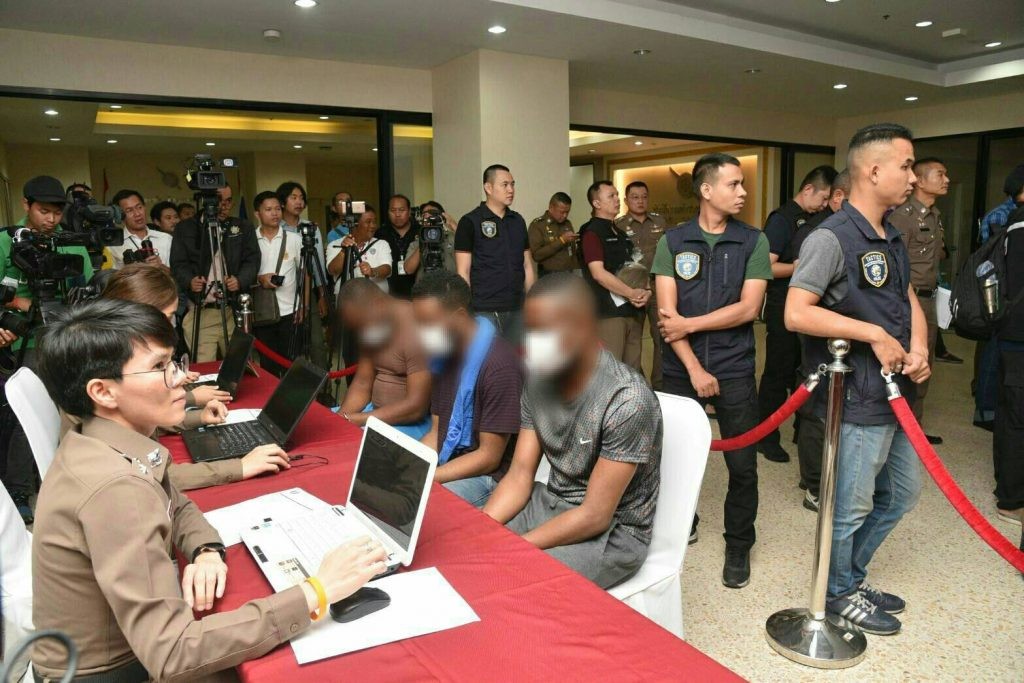 They have been variously charged with fraud and illegal entry after their scamming activities.
The men had used social media to trick Thai women into wiring money to them.
Victims were swindled by as little as 30,000 baht and as much as 2 million baht after they were promised gold, money and jewelry.
The Thai women are 34 year old Surairat Sapsang and Kanyaphat Bunlam, 26.
The arrests followed a complaint filed with Muang police station in Kamphaeng Phet province with damage worth about 35,000 baht, and another complaint filed with Muang police station in Rayong province, with 79,500 baht in damage. 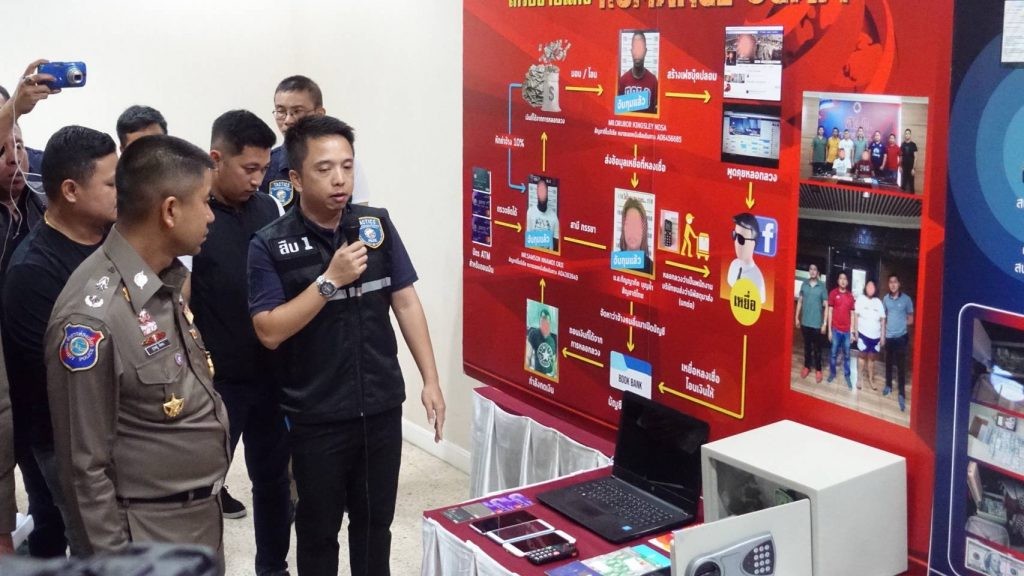