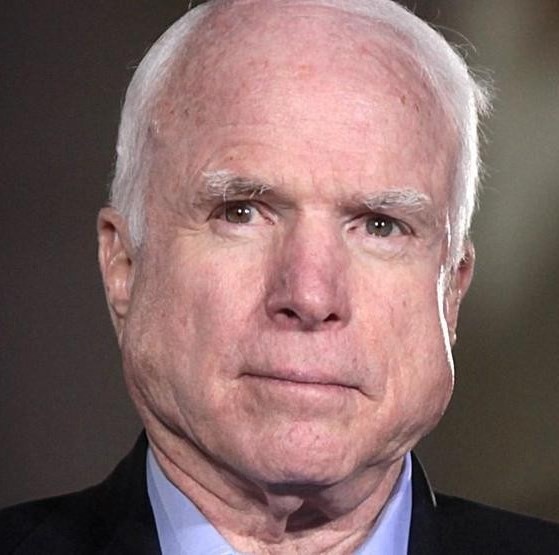 US Senator and former presidential candidate, John McCain, has died at age 81 after a year long battle with brain cancer,  just a few days after it was announced that he had decided to stop medical treatment.
McCain, a former Vietnam prisoner of war, 6-term U.S. Senator from Arizona and 2008 GOP Presidential nominee, battled an aggressive form of brain cancer called glioblastoma was diagnosed in July 2013.
His family released a statement saying he died on Saturday August 25th at 4:28pm

… “with the Senator when he passed were his wife Cindy and their family. At his death, he had served the United States of America faithfully for sixty years.”

“We are immensely grateful for the support and kindness of all his caregivers over the last year, and for the continuing outpouring of concern and affection from John’s many friends and associates, and the many thousands of people who are keeping him in their prayers.”