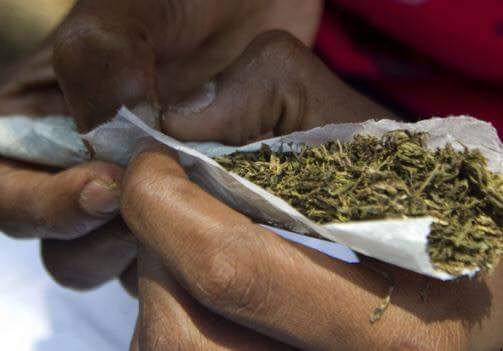 The Police Command in Enugu State has commenced investigation into an incident that led to a 24-year-old man committing suicide after an overdose of marijuana.
Spokesman of the command, SP. Ebere Amaraizu, made the announcement in Enugu today saying the incident happened on August 22nd at Ameke Village in Enu-Oduma Community in the Aninri Local Government Area of Enugu State.
Amaraizu identified the dead man as Ebube Chukwu. He said that Chukwu was reported to have committed suicide after taking his usual and hourly wraps of marijuana, popularly called ‘Igbo’.

Amaraizu said that investigation had commenced with a view to ascertaining the actual cause of death
Share this...

Nigerian Lady fakes pregnancy to get her PVC fast (photos/video)