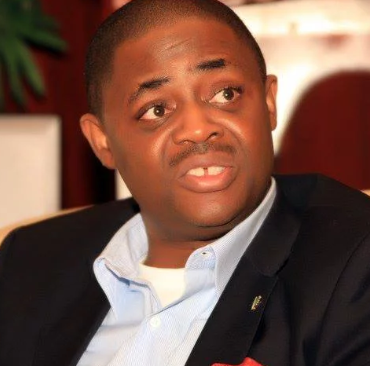 The Nigeria Police Force has invited former Minister of Aviation, Femi Fani-Kayode, for alleged conspiracy, criminal and inciting publication. In a letter dated August 20th with Ref. No CR/3000/IGP.SEC/MU/T.G/ABJ Vol.54/226, the police asked FFK to appear before SP Usman Garba on Tuesday August 28th for questioning.
In the letter titled, ‘Conspiracy, criminal defamation, inciting publication, injurious falsehood and conduct likely to cause breach of peace’, the police noted that the invitation was based purely on a fact-finding mission.
The letter read

“This office is investigating the above-mentioned case reported to the Inspector-General of Police in which your name featured. In view of the above, you are requested to interview the undersigned through SP Usman Garba on 28/08/2018 by 10.00hrs to shed light on the allegations raised. You are to, however, note that the invitation is purely for fact findings and your cooperation in this regard is highly solicited, Please.”

The police did not state which of the former minister’s publications he is being invited for.
See a copy of the letter below 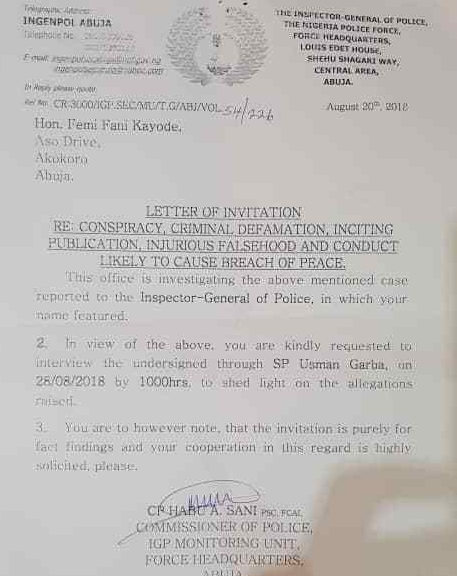