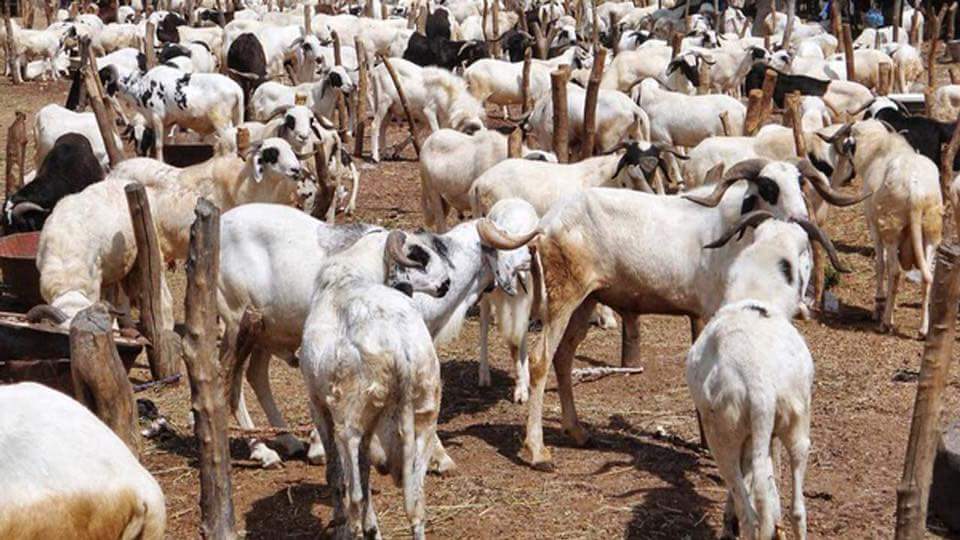 Some cattle dealers in Kano who had stocked domestic animals such as goats, rams and cows for sale ahead of Sallah, are complaining of low patronage.


Some of them who spoke to the News Agency of Nigeria (NAN) on Sunday in Kano‎ lamented that their hopes for brisk business had been dashed as a result of the poor state of the nation’s economy.


Ali Sani, a dealer at Yan- awaki‎ market in Kumbotso Local Government Area, said they had been forced by the situation to be selling some of the rams on credit due to slow pace of business.


Another livestock seller, Haladu Yusuf, in Gama cattle market of Nasarawa Local Government area in Kano, lamented the situation and attributed the development to non-payment of salaries by many employers, resulting in low purchasing power of potential customers


He said although similar development was experienced the previous years, that of 2018 is the worst.


A livestock dealer in Tarauni cattle market, Sani Ali, also said business was not moving as expected. He said the biggest ram cost about N110,000 while the smallest was N30,000.


Mr Ali, however, said that the prices of the animals had increased by an average of 40 to 80 per cent compared with what obtained last year, adding that the same size of ram, which now sells for N100,000, was sold for about N70,000 last year.


Saidu Bako, a dealer, also said that it might not be possible to get huge returns from the business this year due to low sales, but was hopeful that the situation might change.


“People are coming to buy rams and goats; some came in groups and bought cows to be shared among themselves.


“By this time last year, I had sold about over 45 rams few days to Sallah, but as I am talking to you now, I have only sold 15,” he lamented.


Tajudeen Sule, buyer at Yan-awaki cattle market, said he was at the market for the second day but could not afford the price.


‎Another buyer, Garba Dauda, expressed hope that the prices would fall when more rams flooded the markets between today and tomorrow.


He said that medium and big rams now sold at higher prices when compared to last year.


NAN observed also that chicken sellers were, however, making brisk sales as many people now go for it.


Several rams were seen being dragged about in Kano metropolis by sellers, who were also seeking potential buyers.


Eid- el-Kabir is a festival celebrated annually by Muslims worldwide, with the offering of rams as sacrifice.

How many times should a married couple 'do' in a week?