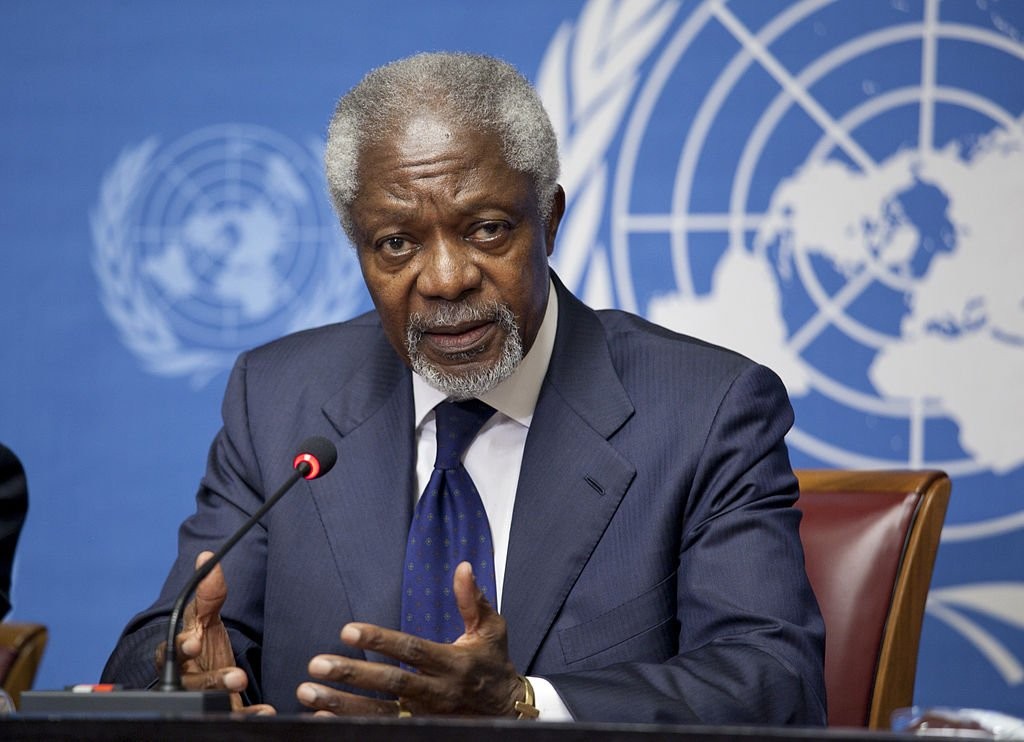 Former United Nations Secretary-General, Kofi Annan has died. According to Ghanaian media, he died in Switzerland, this morning August 18th after a brief illness.
Mr. Annan was the 7th Secretary-General of the United Nations.
Born in Kumasi on April 8, 1938, Annan was UN secretary General from January 1997 to December 2006. Annan and the UN were the co-recipients of the 2001 Nobel Peace Prize
May his soul rest in peace, Amen.
Share this...