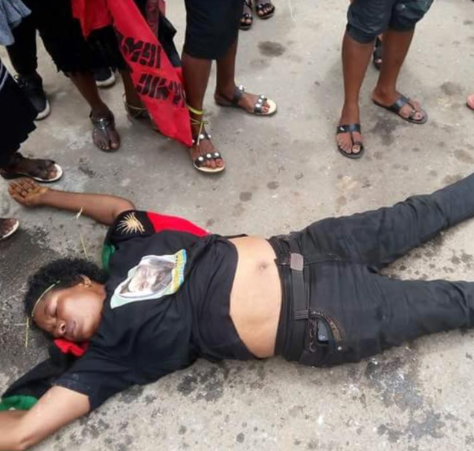 A woman collapsed this morning during a protest held by women of the Indigenous People of Biafra, IPOB, to demand the whereabouts of their leader Nnamdi Kanu.
The women took to streets in Owerri, Imo state, demanding to have answers about the whereabouts of Nnamdi Kanu who disappeared on September 14, 2017, after his home was invaded by the Nigerian Army.
As they marched, one of their members fainted and was resuscitated by her fellow IPOB members.
The protest comes one day after the Nigerian Army announced its readiness to embark on Operation Python Dance III in major communities in the South East.
More photos below. 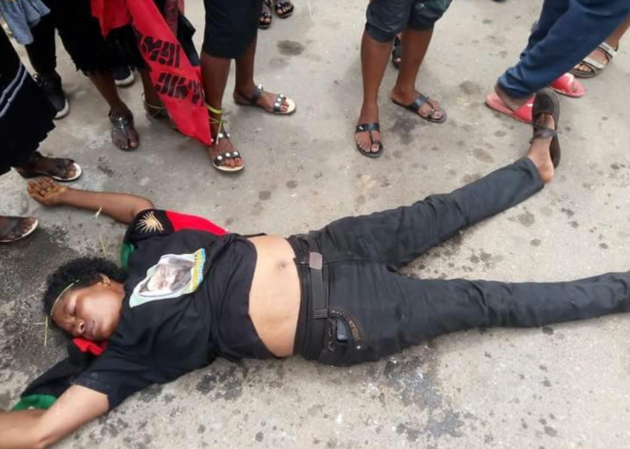 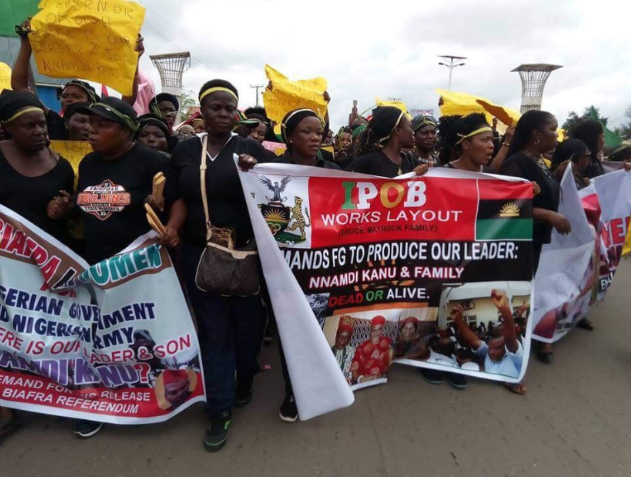 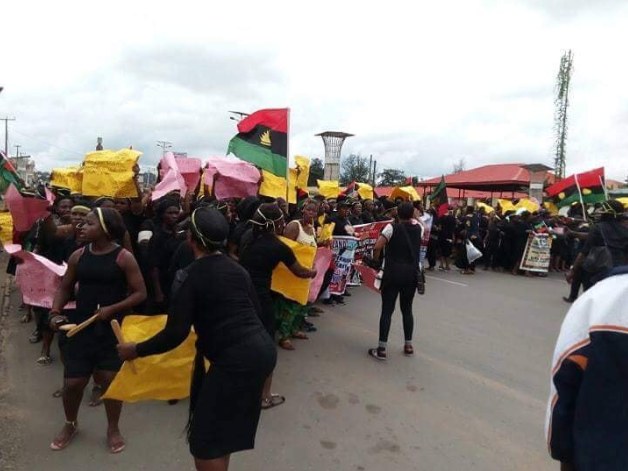