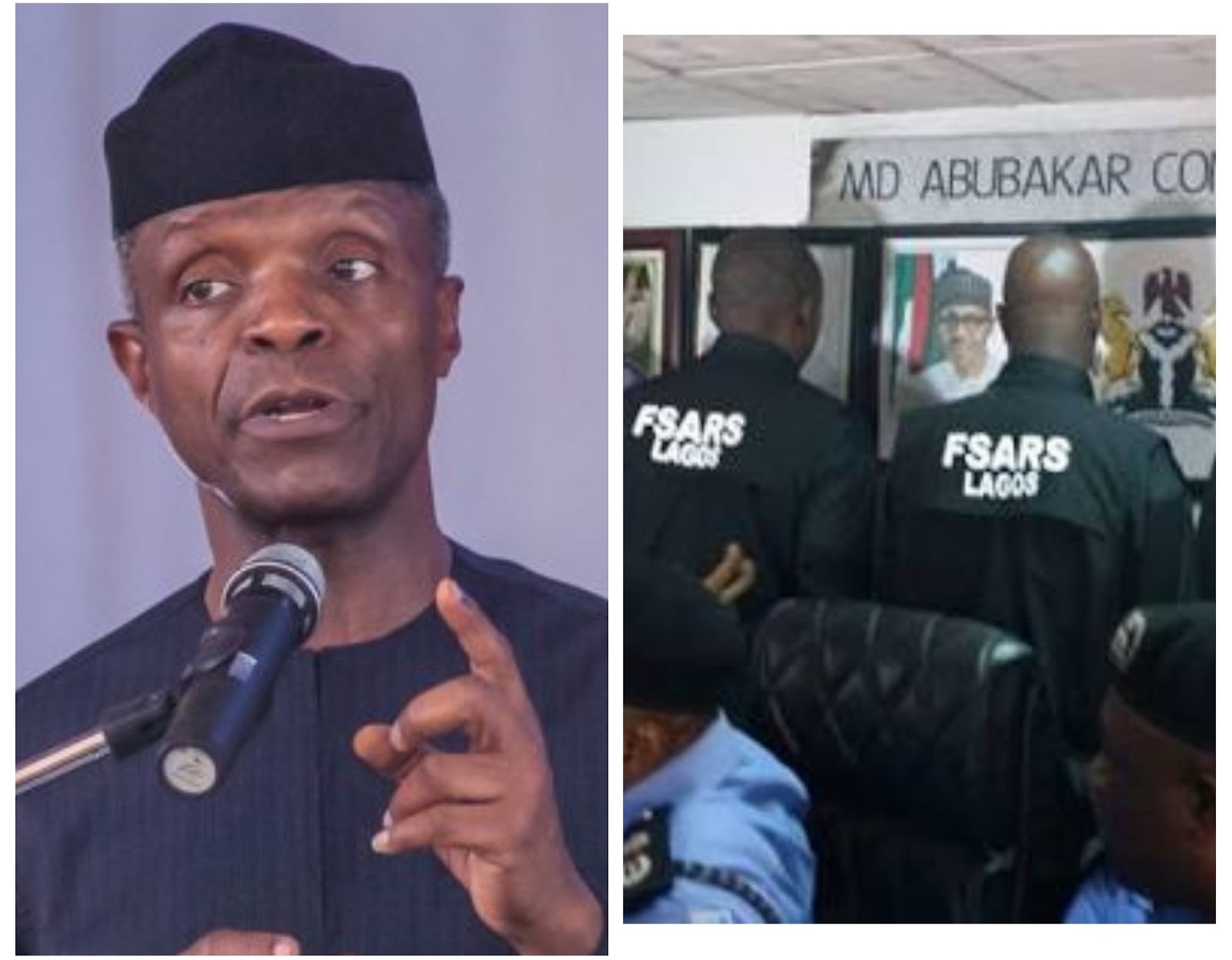 
This development coming after many months of online and street #ENDSARS campaign against the police unit whose officers have been accused of several human rights abuses.
A statement from Laolu Akande, the media aide of the acting president, reads;

“Following persistent complaints and reports on the activities of the Special Anti-Robbery Squad (SARS) that border on allegations of human rights violations, His Excellency, Professor Yemi Osinbajo SAN, Acting-President, Federal Republic of Nigeria, has directed the Inspector General of Police to, with immediate effect, overhaul the management and activities of SARS,” .

Read the full statement below 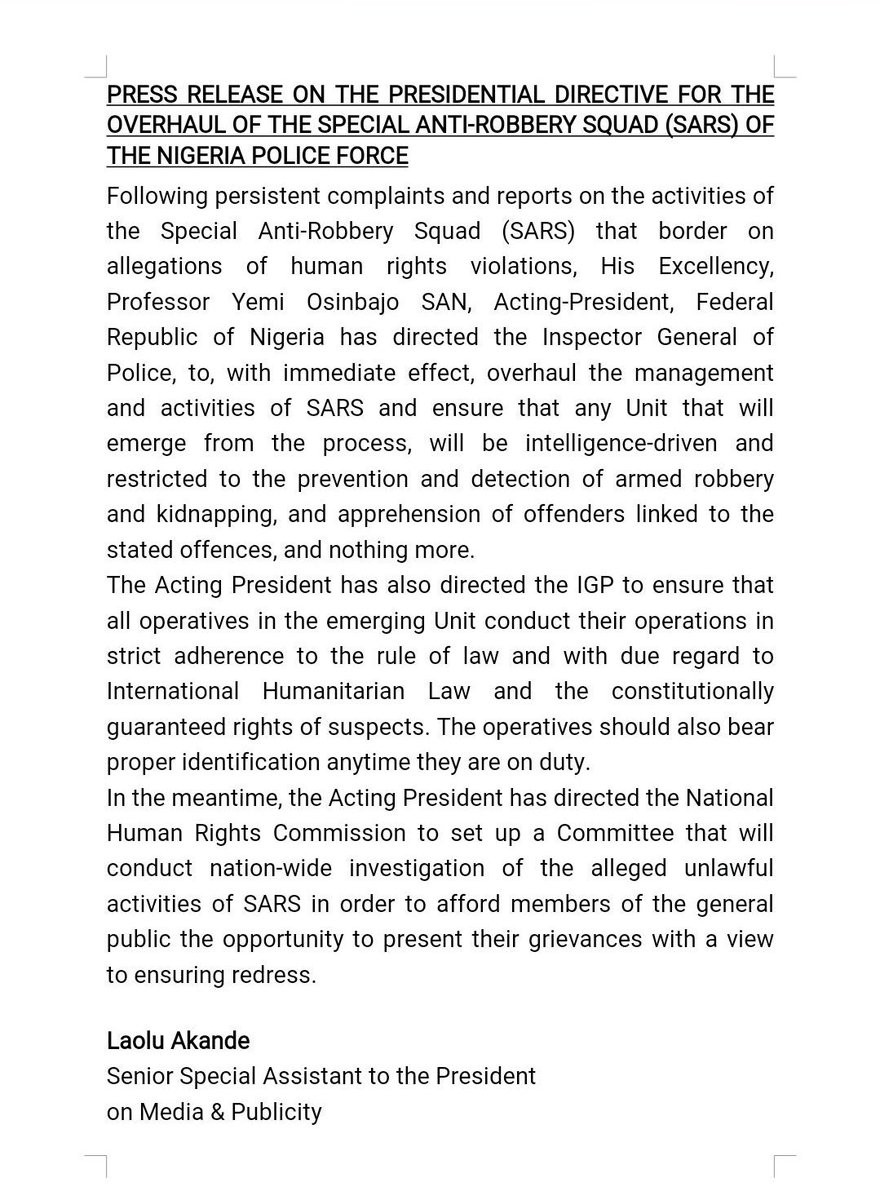 Episode 89: Who is Atiku? "a leader who understands the problems of the Nigerian economy" - Comr Akpa Francis

Why should it be Atiku: "He is well prepared for the job, armed with an organic economic blueprint with which to transform Nigeria into a balanced, stable and strong economy" - Comr Akpa Francis