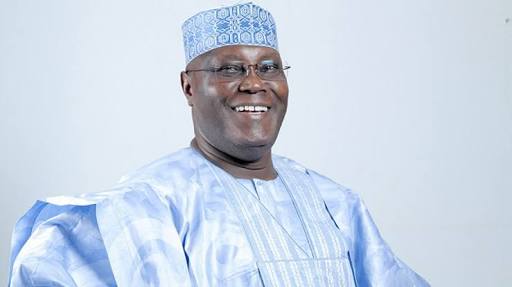 Undoubtedly, His Excellency Alhaji ATIKU ABUBAKAR GCON is an experienced politician having been a former Vice President and as a great and successful business man he also understand the nuances of the economic sector and this is what the country so desires,”


The fact remains that no other presidential candidate looks as prepared as Waziri Adamawa is. He has been consistent in proffering solutions to the many challenges that confront Nigeria and Nigerians. A man who has continued to air his views and make propositions on the various areas of contentions even with respect to all the geopolitical zones within Nigeria.


From the state of the economy, job creation, employment generation, ethics and values, education, state of infrastructure, insecurity, fiscal federalism and many other areas, AA has always shown that somewhere he has an idea of what needs to be done.


This is one area where he is so different from others, those who only want to be President for their own selfish interest ( case study of the present and outgoing no 1 citizen ).


His Excellency Alhaji ATIKU ABUBAKAR made sure he enlightened Nigerians on what he thought could be done to fix Nigeria if elected president come 2019.


There are some individuals based on their personal opinion say that it would be difficult for Waziri Adamawa to be elected President of Nigeria because OBJ would oppose him.


Maybe they forgot that OBJ is not God Almighty ,he is only entitled to his own personal opinion and his opinion only represent only his own interest not Nigerians interest.


OBJ is a Nigerian just like me and you. He represents only his own views and his views cannot supersede or override the views of other Nigerians.


I am of the opinion that this is time we keep Sentiment aside and try someone who OBJ did not sanction.


No doubts, OBJ is an elder statesman and Nigerians has always accord him the respect he deserved , but at the same time it is dangerous and irresponsible to allow OBJ to play ‘God’ over the affairs of Nigerians once again.


I Remembered, this is the same OBJ who fought Tinubu to a standstill and starved Lagos of funds. Yet Lagos did not die.


Instead Lagos fought against the tide and developed for itself ingenious methods of increasing internally generated revenue to sustain its economy and drive growth.


Sometimes ago, it was the same OBJ who testified that Lagos State would be a global economy in his lifetime. Talk about resilience.


It is now time for Nigerians to keep sentiments aside and look for a leader who understands the challenges of Nigerians, a leader who is sensitive to the aspirations of the common man and so will first address those core issues even as he puts a capable team together to make Nigeria great again.


Waziri Adamawa is a leader who does not discriminate and he is always in the lookout for young, intelligent and smart Nigerians to support in their endeavors.


The robust network of friendship AA commands globally goes a long way in showcasing how good he is.