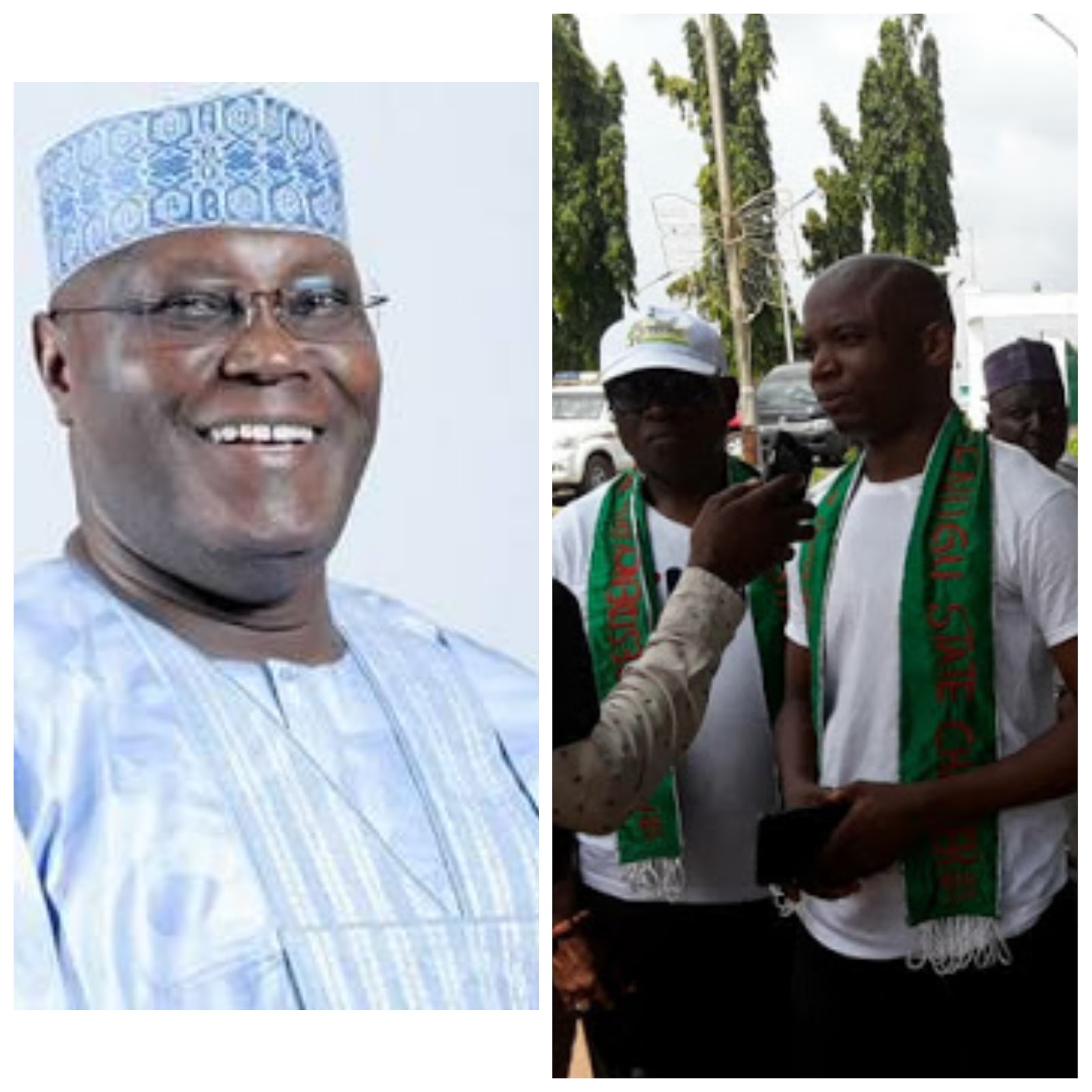 Sentiments aside, regardless of political affiliation, This Man, ATIKU has done wonders economically.

His business empire is the highest private employer of labour in Adamawa state and across some part of the country.

Read more below, a vivid review by Comr Akpa on why Atiku should be given a chance come 2019:

Only in our part of the world have we not clearly defined what existence means to us. In this part of the world most people are in pursuit of happiness. And what is the relevance of that to the issue at stake?

If we are in pursuit of happiness as a people, then the economy is central to that. Currently, we have a man who was sacked as Head of State in 1984. He went back to Daura and was herding nothing more than 120 cows for about 30 years. The only other task he undertook for the nation was to spend billions of naira of PTF and we know how that went. Some people will quickly tell me that he made a success of it. And I would ask of the Nigerian who would sit on such seat with billions of naira to spend and achieve nothing. I mean, someone whose role is only to spend money. Now the same person has been given a role that involves generating and spending and we saw how he ran the economy into recession.

Based on his experience as a custom officer, Atiku collaborated with people, including the late Gen. Yardua to start Intel from scratch. Intel, as we know it today, is a class act.

Anybody who knows Adamawa state, as the piece above rightly notes, Atiku single handedly industrialised it. Atiku is the highest provider of jobs in Adamawa state and in West Africa. On the opposite hand we all saw how the incumbent came from herding 120 cows and wiped out thousands of jobs in the country simply because there is no clue regarding how the economy works.

When one says that Atiku single-handedly industrialised Adamawa state, it is not something that has been done because elections are around the corner. This has been ongoing for over 20 years.

The real movers and shaker of Obasanjo’s regime were ALL recruited by Atiku: Ribadu, El Rufai, Ambassador Adeniji, Dr Okonjo-Iweala, etc. The economic team which Atiku headed was assembled by him. He got the best of Nigerians from every area of Nigeria to contribute. Not what we currently have where the man from Daura has concentrated power on his kinsmen.

3. Broad mindedness in the Nigerian context:

Let me simply explain it this way. Atiku, being a polygamist, is married to a yoruba woman as his first wife, women from the north and an Igbo woman. For him to marry from other parts of Nigeria shows that he is a true detribalized Nigerian who is open to the idea of all of us being one.

Something critical to security is being decisive without pretence. We saw it during the kidnap of a sitting Governor under Obasanjo. If not for His Excellency Alhaji ATIKU ABUBAKAR GCON the then Governor Anambra State Dr Chris Ngige would have been toast. Today, we can see how security is being used to rig election , use in attempts to impeach the senate President, the governor of Benue state, etc while there is no security to deal with marauding herdsmen and insurgency.

Nigeria, being a complex society that it is, requires a strong politician. Part of Obasanjo, late Yardua, GEJ and now PMB’s undoing is that they have no political followership. There is no doubt that the original PDM has whittled down over time. However, Waziri Adamawa happened to be the only Nigerian politician that commands some nation-wide loyalty which most other politicians lack.

I have read some programmes of those aspiring to be President. Some of them are so casual that they have been accused of equating Nigeria’s Presidential politics to students union politics.

Some others appear to be making up policies as they go.

After Obafemi Awolowo, Atiku is the only Nigerian that has developed a clearly coherent and logical plan on how to solve our problems.

Please anybody is free to go fetch Awolowo’s books (Voice of Reason, Voice of Hope, Voice of Courage). Also, fetch Atiku’s materials and see the relationship. Not in terms of ideas, but in terms of articulation, hence I used the words ‘coherent’ and ‘logical’. For every outcome that has been set out, there is a coherent and logical explanation of how it would be achieved. This simply tells you that the man has taken time to think through the problems, the processes and the expected outcomes. When you have such properly laid out plans and things don’t work out, then it is easy to review and make amend. That is different from either an illogical and incoherent plan or one that is largely trial and error.

Undoubtedly , His Excellency Alhaji ATIKU ABUBAKAR GCON is way ahead of other aspirants in terms of qualities required to lead Nigeria.