”I defected to ADC not APC” Senator Monsurat Sunmonu clarifies

”I defected to ADC not APC” Senator Monsurat Sunmonu clarifies 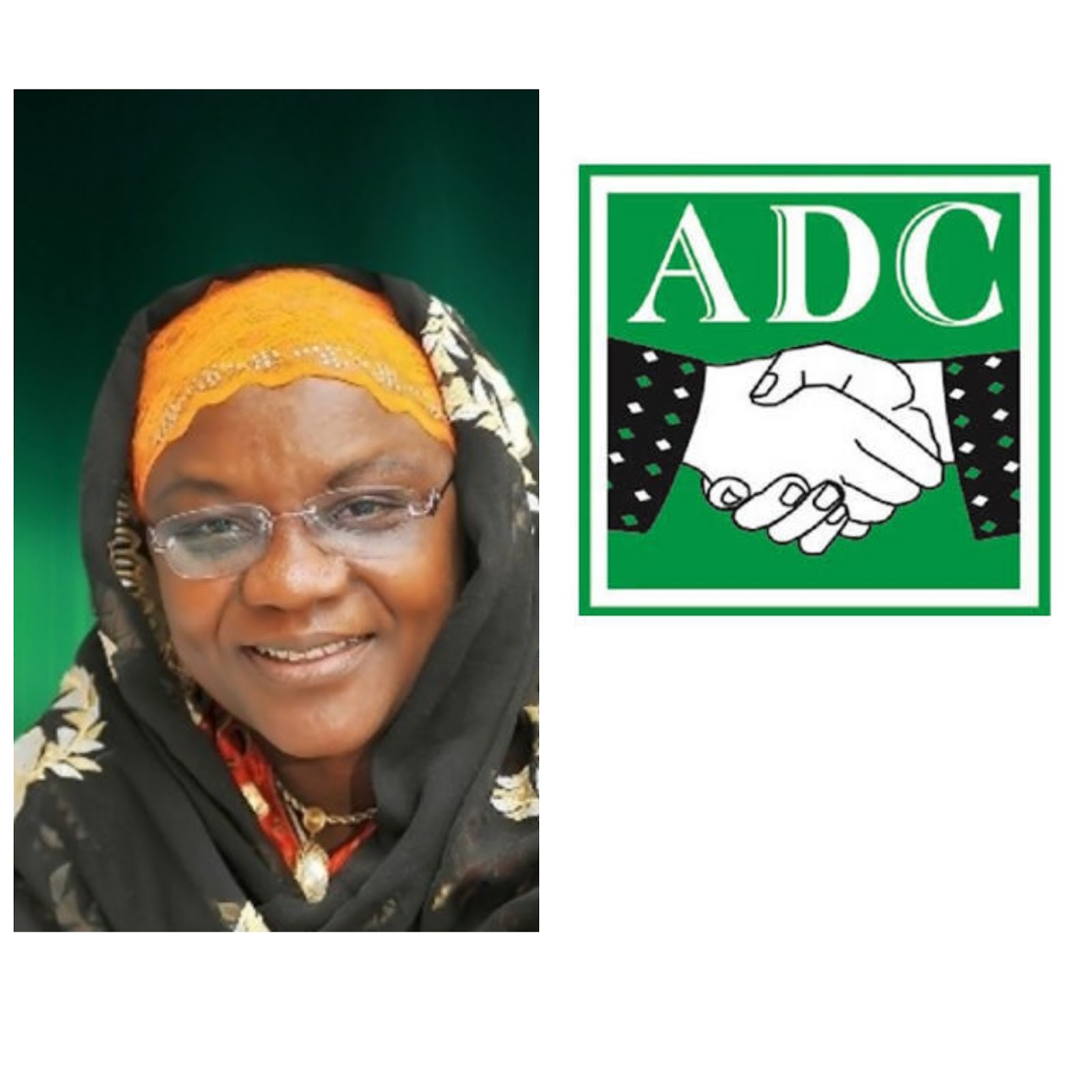 Senator Monsurat Sunmonu who represents Oyo Centralsenatorial district and Chairman of the Senate Committee on Foreign Affairs, has clarified on the news of her defection.
According to her, she has defected from APC to ADC, African  Democratic Congress. Senate President Bukola Saraki had earlier in the day announced her name as part of the APC senators defecting to PDP.
See her tweet below… 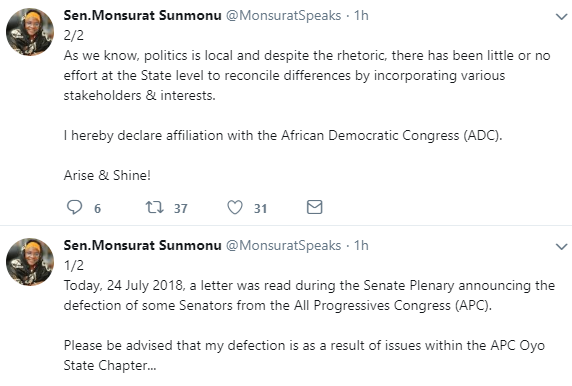 South Africans! the time is now, Enrol for the 3days Makeup/Gele training, Also the Audition for the All Africa Fashion Week.