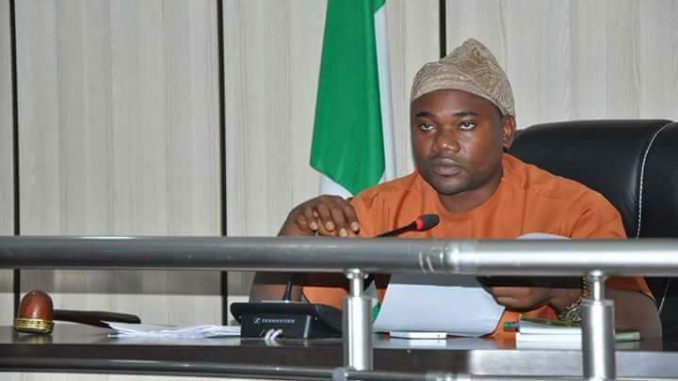 Speaker, Benue State House of Assembly, Rt. Hon. Terkimbi Ikyange has declared his purpoted impeachment alongside other principal members of the Benue State House of Assembly as a futile exercise lacking in all constitutional requirements.
He insists that the Assembly has been adjourned till 15th August, 2018 and the Honourable Members have not contacted him on the need for an emergency meeting.
You will recall that earlier today, some members of the Benue state assembly had staged an impeachment exercise on the floor of the house with Hon. Titus Uba emerging as the new Speaker while Hon. Johnson Egli, the new Deputy Speaker.
It is understood that the impeachment took place in the absence of the speaker but the Clerk of the House was present at the plenary.
Share this...